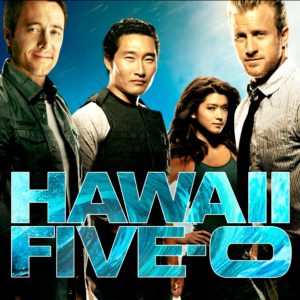 Not a Good Look in Hawaii

Question: What is the definition of equal?

One observer — Daniel M. Mayeda, a Los Angeles-based attorney in the entertainment industry — suggested that we check the billboard.

When the reprise of the hit 1960s-1970s television show “Hawaii Five-O” launched in 2010, the promotional billboard for the prime-time police detective drama featured four actors standing in a horizontal line.

“It was launched as an ensemble of four co-stars,” Mayeda said.

One could interpret that visual as four actors all on equal ground gracing the sweet shores of scenic Waikiki Beach.

Unfortunately, this story isn’t about the breathtaking ambiance of the Banzai Pipeline or the Diamond Head volcanic crater in our nation’s 50th state that conjures images of paradise from afar. Instead, as it occurs so often in our society, this topic is about the issue of compensation, perception and fairness.

All of which, of course, sparked a nationwide controversy. And begs two hefty questions:

If the four actors were originally cast as equally billed co-stars, then why were Kim and Park apparently lowballed on their salaries? And, No. 2, if Park and Kim instead were considered by CBS as supporting actors, then why that designation in the first place?

Kim posted on Facebook: “I’ll end by saying that though transitions can be difficult, I encourage us all to look beyond the disappointment of this moment to the bigger picture. The path to equality is rarely easy.” (Park has been publicly silent on the issue.)

Afterward, the Los Angeles Times reported that Kim was offered a new salary deal of $195,000 per episode, about $5,000 less than O’Loughlin and Caan. Kim also was offered, the Times reported, a new production opportunity.

O’Loughlin and Caan also reportedly possess what Hollywood categorizes as so-called “back-end deals,” which refers to actors garnering extra pay through a percentage of the show’s revenue/profits, syndication agreements and the like. This “back-end deal” stuff is a most intriguing concept.

Interestingly enough, acclaimed actress/singer Diahann Carroll, who starred as a black nurse in the television series “Julia” from 1968 to 1971, revealed last week during a panel discussion at the annual March on Washington Film Festival that she had a “back-end deal” for her prime-time comedy. This obviously was a surprising development for people of color in the entertainment genre during that less-than-progressive period nearly 50 years ago.

Asked how she managed to accomplish that coup, Carroll responded, “I had one of those good New York lawyers,” which drew a robust chuckle from a packed audience. In fact, Carroll — the first black woman to star in a non-stereotypical role in a prime-time television series — even had her own “Julia” Barbie doll as part of a 1969 marketing campaign.

Kim and Park were two Asian-American stars for a TV series in a state that features a population of 81 percent Asian/native Hawaiian/Pacific Islander. In a statement, CBS said, “Daniel and Grace have been important and valued members of ‘Hawaii Five-O’ for seven seasons. We did not want to lose them and tried very hard to keep them with offers for large and significant salary increases. While we could not reach an agreement, we part ways with tremendous respect for their talents on screen, as well as their roles as ambassadors for the show off screen, and with hopes to work with them again in the near future.”

However, in that press release, CBS essentially gashed itself with a self-inflicted wound. This sentence sorely stands out: “We did not want to lose them and tried very hard to keep them with offers for large and significant salary increases.”

An obvious translation: We, as in CBS, suddenly realized that our network woefully underpaid Kim and Park for seven years, and now we frantically are trying to make amends. Though the amends still don’t reach that equality standard on the level of O’Loughlin and Caan.

And on sort of an awkward side note to all of this is that Leslie Moonves, chairman of the board, president and CEO of CBS Corp., is married to an Asian-American woman, Julie Chen, co-host of the day-time talk show, “The Talk.” Which, of course, airs on CBS.

In any regard, this salary/equality imbroglio is bad public relations for CBS. That hardcore truth cannot be disputed.

All about those optics, for sure.

Said Mayeda, who is of Japanese heritage, “It (‘Hawaii Five-O’) was a big deal for us because there aren’t a lot of shows where Asian-Americans are the stars.”

Mayeda, who specializes in legal matters of intellectual property, is co-chair of the Asian Pacific American Media Coalition, which works with the NAACP, National Latino Media Council and American Indians in Film & Television to advocate industry fairness for people of color.

As part of that national multi-ethnic coalition, Mayeda helped negotiate Memoranda of Understanding with ABC, CBS, Fox and NBC, thereby requiring each of the four major television networks to institute programs designed to increase diversity both in front of the cameras and behind the scenes.

What’s next for the coming fall season? “I think this situation will come back and haunt ‘Hawaii Five-O,”’ Mayeda predicted.

See you in September. Aloha!