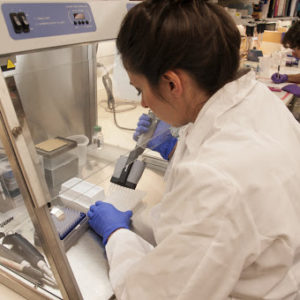 Now Is Not the Time to Chill Drug Research

As the COVID-19 pandemic rages on, all eyes are on the United States for smart strategies, treatments and a cure.

The good news: Our biopharmaceutical companies have been working around the clock to deliver help as quickly as possible.

And yet, some lawmakers are pushing for a bill that could stifle the desire to invest in lifesaving innovation.

Implementation of this legislation would prove devastating on a pandemic scale. Drug developers devote billions of dollars to bring a single new treatment to market. At a time when their fast-tracked research and development investments are needed more than ever, the proposed reform could push research for COVID-19 treatments out of reach.

Right now, researchers are developing nearly two dozen potential vaccines and drugs specifically designed to combat COVID-19. And there are an additional 80 experimental treatments for all coronavirus strains — including SARS and MERS — in clinical trials. Any one of them could provide the right answer to our current national crisis.

Meanwhile, Sanofi is leveraging its experience developing a vaccine for SARS to unlock a breakthrough for COVID-19. And Johnson & Johnson is working on producing a coronavirus treatment based on its vaccine for the Ebola virus.

None of these ventures would be possible within a price-controlled market. In 2018 alone, major pharmaceutical companies poured nearly $80 billion into research and development.

Much of that is reinvested revenue from existing treatments. Arbitrary government restrictions on this revenue would severely chill the research companies could conduct.

And yet that’s precisely the anti-innovation environment the Wyden-Grassley proposal would create. Their proposed legislation would prevent drug makers from raising medication prices faster than the rate of inflation. Those that do would have to pay the government a fine equal to the price hike.

So, if a company raises a drug’s price from $100 to $105 based on market conditions — but the inflation rate is just 2 percent — the company would have to pay Medicare $3 for every unit sold.

Their measure would hog tie U.S. innovation from moving forward. According to the Congressional Budget Office, it would eliminate $50 billion in industry revenue over the next 10 years, zeroing out both the incentive and the ability to develop a coronavirus vaccine or treatment. And it would eliminate the cutting-edge medicines that are needed for other serious and life-threatening conditions.

Similar price control policies in European countries are the key reasons their companies aren’t leading COVID-19 research. But it wasn’t always that way. In the 1970s, France, Germany and the United Kingdom combined discovered more novel therapies than the United States.

That pace of discovery plummeted once they adopted government price controls. Since then, the United States and its market-based system have developed two-thirds of all new cures.

It’s disheartening to see some of our lawmakers trying to move in Europe’s flawed and failed direction. Imagine another crisis 10 or 20 years down the line where U.S. companies wouldn’t be able to stop everything to find a cure. If our government learns anything from the current crisis, let’s hope it’s learned that the private sector has stepped up to lead the charge toward a cure.

The only way forward in the battle against COVID-19 — and any future outbreaks — is unfettered innovation.

Let’s hope Sens. Wyden and Grassley heed that warning before moving forward with their measure.