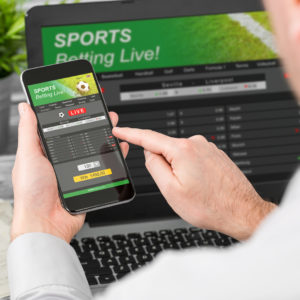 Now That Sports Betting Is Legal, Why Are American Companies Struggling to Make a Play?

Summer brings with it the traditional all-American pastime–baseball. This year, for the first time in more than two decades, fans will be able to lay wagers on the outcomes of sports games, after a Supreme Court decision this spring overturned a federal ban on sports gambling. Fans are now able to legally cast bets both in casinos and online. Ironically, the companies helping to place these bets are more than likely, non-American. Online gambling is dominated by European and primarily British companies, who have already announced aggressive expansions in the U.S. after the Supreme Court’s decision. This makes sports betting an unusual outlier to the broader trend of a strong American presence in online retail, traditional video games, and other technology fields.

On Monday, in the gaming operators market, the fantasy sports site DraftKings announced the launch of DraftKings Sportsbook, becoming the first company to offer legal online and mobile sports betting in New Jersey, which, along with Delaware and Mississippi, has already passed laws to allow it.

“I am excited to begin this new chapter in our story by officially launching what I believe to be the most innovative, mobile sports betting product in the U.S.,” said Jason Robins, CEO and co-founder of DraftKings.

The product launch comes after nearly a year of what the company describes as “intense preparation,” both in terms of the development of the app itself and working through the new legal status of online sports betting. The announcement shows the difficulties of rolling out mobile sports betting quickly, given the time needed to develop an online presence. DraftKings, although a U.S. company, operated in eight different countries, including the U.K. and Canada. The company began work on its mobile betting app as soon as the Supreme Court announced that it would take New Jersey’s case.

Its quick deployment makes DraftKings one of the few American companies to operate an online gambling service. The very next day, a second international brand, BetStars, launched in the state in partnership with another area casino. The announcement shows that the young market is attracting competition and foreign companies with experience working in the industry are rushing to take advantage of the new market.

Most of the top online gambling companies by revenue are British. In fact, when the MGM casino chain announced that it was entering into a 25-year agreement with the British gambling powerhouse GVC, they defended the decision by showing how GVC’s revenues made it one of the global leaders in the industry.

In a publicly-released presentation, GVC plugged its experience as the largest online betting and gaming company in the world. Last year, the company took in more than $4.2 billion in revenue and operated in five different continents. The partnership with MGM will join the world’s largest online betting company with the world’s largest casino company, a powerhouse that will likely be difficult to challenge. MGM currently has properties in Las Vegas and four other states, with plans to expand into two more. Each of the states is in the process of either legalizing or launching legal sports betting.

The U.S. is an attractive market for online betting sites, since it accounted for 23 percent of the world’s $244 billion of gaming revenues last year. At the same time, foreign companies looking to enter the market face some steep hurdles. The domestic casino industry, especially tribal casinos, is well established and unlikely to give up ground to outside competitors. Many states also run their own lotteries, which will also be looking to defend their turf.

One less-explored factor may be cultural differences. Britain has a long history of gambling and placing bets on everything from sports to longevity. In the United States, gambling has been more generally associated with casinos and racetracks. Meanwhile, transferring money to sports betting institutions was illegal in the U.S. for years.

Playing against this backdrop, the industry may be pushed in the direction of the partnership model. Foreign companies offer their expertise in managing sports betting operations, while casinos bring partnerships with other industry players and a regulatory familiarity. Though that seems an odd direction for the U.S. at a time when President Donald Trump has been pushing hard for America First policies and many bettors may value keeping their money flowing through U.S. companies.

Oddly enough, it may be the companies doing the enforcing of state and federal gambling laws who really come out ahead. A mere three companies are responsible for verifying the age and location of bettors, as well as protecting users against fraud. Geocomply, a company which offers geolocation verification systems to ensure that bets come from within an authorized state, has signed deals to integrate its technology into various online betting platforms including DraftKings and Scientific Games’ OpenBet platform.

The industry has barely started to take off, but as to whether American or British companies will come to dominate, well, all bets are off.