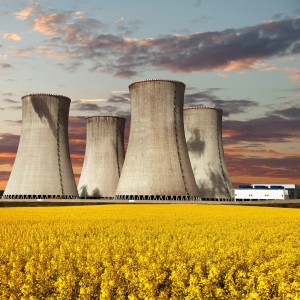 The nuclear electric industry has sustained some mighty blows in the United States and Western Europe in recent years. It might be reeling, but it is not out and it is not going down for the count. Taken globally, things are good.

The need to curb carbon in the air, to service a growing world population and the surging cities are impelling nuclear forward. At the annual summit meeting of the U.S. Nuclear Infrastructure Council (NIC) in Washington, this future was laid out with passion: Nuclear power is experiencing a growth spurt but not in the United States and Western Europe, except for Britain.

Nuclear demand is high where air pollution is at its worst and where economic activity is fast and furious — in Asia generally, and in China and India in particular.

Vijay Sazawal, president of IAEC Consulting, told the NIC meeting that India would be adding two reactors a year to its nuclear fleet moving forward. China and India are building half of the 60 new reactors under construction worldwide, according to Andrew Paterson of Verdigris Capital Group, which studies nuclear.

Paterson predicted world electricity demand will double by 2050 and that most of the demand would come from the megacities of Asia, Africa and Latin America. He said, “By 2030, China will have 15 megacities (10 million or more people) and 150 cities with more than 1 million people.”

Wind and solar energy, the other carbon-free electricity sources, also will grow dramatically but will be constrained by their land needs. Big cities are ill-suited to roof-mounted solar, and windmills require large acreages of open land not found near megacities.

In the United States, the shadow of the Westinghouse bankruptcy is passing over the nuclear community. How could a once-proud and dominant company get its sums so wrong that it has been forced into bankruptcy? The collapse of the company — which was building two plants with four reactors in South Carolina and Georgia, four reactors in China, and was engaged in projects in the United Kingdom and India — will be studied in business schools for generations to come. Bad management, not bad nuclear, has brought Westinghouse and its parent Toshiba to its knees.

But nuclear believers are undaunted. Nuclear advocates have a kind of religious commitment to their technology, to their science and to the engineering that turns the science into power plants.

I have been writing about nuclear since 1970, and I have featured it on my television program, “White House Chronicle,” for more than 20 years. I can attest that there is something special in the passion of nuclear people for nuclear power. They have fervor wrapped in a passion for kind of energy utopia. They believe in the great gift that nuclear offers a populous world: a huge volume of electricity.

The kernel here, the core belief, the holy grail of nuclear is wrapped up in “energy density”: how a small amount of nuclear material can produce a giant amount of electricity in a plant that has few moving parts, aside from the conventional steam turbine. As designs have evolved and plants have become “passive” in their safety systems, the things that can go wrong have been largely eliminated.

To understand energy density think this way: The average wind turbine you see along the highway turns out 2 megawatts of electricity when there is wind, a trifling amount compared to the 1,600 megawatts a new nuclear plant produces continuously — and probably will produce for 100 years before it is retired.

Asia, choking on air pollution and with huge growth, needs nuclear. America is not gasping for new generation: demand is static and there is a natural gas glut. Also, there is land aplenty for solar and wind to be installed.

But U.S. nuclear creativity, even genius, will not rest. The United States is on the frontier, pioneering a generation of wholly new reactor concepts, mostly for small modular reactors and even big new reactors, which may first be built in China and India but, like so much else, will be “thought up in America.”

At nuclear conclaves like the NIC meeting, there is sadness that the U.S. market is stagnant. But there is incandescent hope for the future.