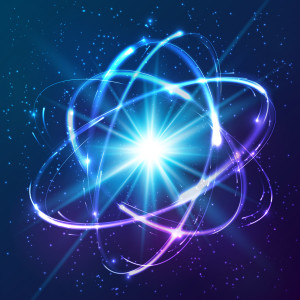 Nuclear Inventions Are Here, But Not to Stay

Next month, about 200 of the most gifted engineers and scientists you can squeeze into a single meeting room will be sharing PowerPoints at the Oak Ridge National Laboratory, near Knoxville, Tenn.

They will not be rocket scientists, but they may as well be. They will be nuclear engineers, physicists, chemists and entrepreneurs advocating new designs for reactors that will make electricity and medical isotopes and burn up nuclear waste.

When you get away from the politics and other restraints that have so arrested traditional reactor deployment in the United States in recent years, wonderful ideas spring forth. Scientists, I assure you, when gathered together can generate as much enthusiasm as any other creative cohort for planning wondrous things for the future.

Creative people are not just those who work with paint, musical notes and words, but also those who pour over complex calculations, look at the atomic nature of matter, and design wondrous machines that will make electricity, create medicines, clean the air and purify the water.

Invention is narcotic. Yes, call them mad scientists but new ideas, as yet untrammeled, are stimulative — and even aphrodisiacal.

That is why one of the most exciting places I will go to this year will be the new reactor conference at Oak Ridge on Feb. 10-11. For several years, I have attended this conference, organized by the U.S. Nuclear Infrastructure Council, in other places, including Argonne National Laboratory in Chicago. I can report that nuclear engineers are as boyish in their enthusiasm for the possibilities of bending the atom to human need as college football coaches are when they survey the new recruits. Possibility lifts the spirits.

In Oak Ridge there will be schemes, dreams and some very creative engineering. There will be designs for fast reactors, that can burn nuclear waste as fuel; molten salt reactors, thorium reactors and small modular reactors. Some will be incremental improvements on old ideas, others will be concepts created from whole cloth. All will strive for safety through design.

But the creators assembling in Oak Ridge do so against a background that is sorrowful for them and their industry.

The United States — the crucible of nuclear invention — looks to be losing its place as the leader in nuclear energy. American utilities are not lining up to build nuclear plants, and old ones are likely to keep going out of service.

Edward Davis, president of the Pegasus Group, talks about a “nuclear cliff” — a time around 2030, when most of the U.S. nuclear fleet will be retired. Then nuclear — which produces no carbon and has a life cycle of up to 80 years — will dwindle to a handful of reactors, just when our promises under the Paris COP21 climate conference agreement call for big reductions in carbon.

Brilliant men and women are designing reactors that may change everything to do with electricity generation and isotope production. But they doubt that their first-of-kind reactors will be built and licensed in the United States. Nuclear design is almost limitless, the parameters are very flexible and the future tantalizing.

These engineers, to a person, are looking overseas to build and demonstrate their machines — mostly in China, India and the United Arab Emirates. Even Bill Gates, who is supporting a revolutionary traveling wave reactor, is working with the Chinese.

That is a sadness and a bitterness that will also be present at the advanced reactor conference in Tennessee.