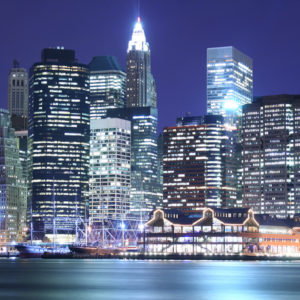 During an Earth Day address, de Blasio announced the city government is poised to begin implementation of the plan immediately via the creation of a new initiative known as OneNYC 2050.

According to a press release from de Blasio, the city intends to implement “laws and actions [that] will drive a nearly 30% additional reduction in greenhouse emissions by 2030 and spur tens of thousands of good jobs.” He also says New York City intends to be “carbon neutral” by 2050 with the full implementation of zero and reduced-emissions energy sources.

While many climate activists and city lawmakers consider the passage of the Climate Mobilization Act a significant step forward, economic stakeholders are concerned about the invasive regulations that govern emissions in nearly every aspect of local industry.

“The [New York City] Climate Mobilization Act is a perfect example of Groucho Marx’s definition of politics: ‘The art of looking for trouble, finding it everywhere, diagnosing it incorrectly, and applying the wrong remedies,’” Jonathan Lesser, an adjunct fellow at the Manhattan Institute, told InsideSources.

Lesser is referring to the centerpiece of the Climate Mobilization Act: new ceilings on greenhouse-gas emissions produced by private buildings exceeding 25,000 square feet. Climate experts suggest that 70 percent of the city’s greenhouse gas emissions come from the largest buildings. The new environmental regulations will require owners of the city’s largest buildings to retrofit these properties to meet new emissions ceilings requirements or face costly fines. Some media reports put the potential cost of these fines at well over $4 billion. The new emissions caps will become effective in 2024.

“It’s not clear how NYC will enforce … the legislation,” Lesser said. “Will the City measure energy use from every building? If so, how? Do they intend to account for the number of occupants, the temperature outside, and what’s going on inside (e.g., a hospital uses more energy per square foot than a warehouse, grocery stores use more than office buildings, etc.)?”

The Real Estate Board of New York (REBNY) has announced its opposition to the Climate Mobilization Act with the board’s president, John H. Banks, stressing that the goals of these new building regulations are not attainable.

“There is no greater challenge to our city, state, and planet than climate change,” Banks said, but added that the new measures “will have a negative impact on our ability to attract and retain a broad range of industries, including technology, media, finance, and life sciences, that provide opportunity and continued economic growth that is so important for our city.” Banks also believes the new retrofitting requirements inhibit a building’s ability to grow and attract new tenants.

In addition, Crain’s New York Business reports that even “environmentally friendly” buildings could face fines. The Durst Organization, a family-run real estate management firm that co-developed One World Trade Center with the Port Authority of New York and New Jersey and owns several skyscrapers that are part of the city’s iconic skyline, says their firm could be fined millions just for one building, according to the report.

For example, Durst owns and manages One Bryant Park, or the Bank of America Tower, the first commercial-use high rise in the United States to be awarded the Leadership in Energy and Environmental Design (LEED) Platinum certification by the U.S. Green Building Council for sustainable and environmentally-friendly design. Under the new climate regulations, however, the Bank of America tower is “not green enough.” There are more than 152 building projects that are LEED certified in New York City, according to Green Building Council data.

Despite concerns from real estate interests, the city government moved forward with the passage of the legislative package. De Blasio’s OneNYC 2050 plan and the council’s Climate Mobilization Act has been endorsed by the New York Hotel Trades Council and an executive at Microsoft. Other measures the city has adopted include mandates for hydropower, mandatory organics recycling, and provisions to align New York City with the United Nations sustainability standards outlined in the Paris Agreement.