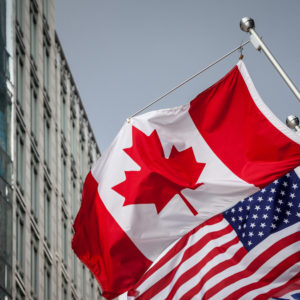 America spends more than any other country on health care — in the aggregate, per capita, or as a percentage of Gross Domestic Product. This, fretters fret, constitutes a crisis; they ask why we can’t be more like Canada, or France, Sweden, or the United Kingdom.

Numbers suggests why we can’t be. And shouldn’t be.

For an American, Canada’s health care system has shortcomings (longer wait-times, for example). America’s health statistics fall a bit short of Canada’s in some respects (shorter lifespan, higher infant mortality), but those differences largely reflect factors outside of health care — personal behavior, physical environment, genetics and so forth. All in all, Canadian and American health care are quite similar, with both countries enjoying some of the best care on the planet.

America, like Canada, could provide much better care for what we spend. But do our high costs constitute a crisis?

According to the Fraser Institute, 2013 per capita health care expenditures were $9,086 in the United States and $4,569 in Canada — 17 percent of GDP in America versus 11 percent in Canada.

But Fraser’s point was why these numbers don’t constitute a crisis for America. America’s 2013 per capita GDP was $53,135; Canada’s was $42,701. In income terms, Canadians are 20 percent poorer than Americans.

That average American who spends $9,086 on health care still has $44,049 left over for food, shelter, clothing, roads, military, entertainment, etc. The Canadian spending $4,569 on health care only has $38,132 remaining for other things.

But why can’t we get our health care spending down to Canada’s level and have an extra $4,517 to spend on other things?

Consider some real-world numbers for a treatment we’ll call Procedure A. On average, Procedure A cost $5,510 in America in 2018 and only $5,070 in Canada (and even better, only $4,740 in the Euro Area). Should America hire Canadians or Europeans to teach us how to do Procedure A more efficiently?

Let’s examine cost variations within the United States for a different treatment for the same condition. In 2013, Procedure B cost $4,490 in Boston and only $2,590 — 42 percent less — in Nashville. Perhaps Bostonians should travel to Nashville to learn the secrets of Nashville’s efficiency?

Few companies on earth have tighter quality control or more regimented procedures than McDonald’s. Canadians make a Big Mac exactly as Americans do. A Quarter Pounder requires the same routines on the same ingredients to produce a Quarter Pounder. Canadians have little useful advice to offer the Americans, and Bostonians need not visit Nashville unless they’re hungry for country music or hot chicken. Burgers cost different amounts in different places because cost conditions differ. Unless McDonald’s is willing to offer inferior food and service in America, American burgers will continue costing more than Canadian burgers. The same for Boston and Nashville.

Similarly, health care costs more in America than in Canada because cost conditions differ. Consider physician salaries. 2008 data showed primary care physicians (family doctors, internists, obstetrician/gynecologists, and so forth) earning $186,582 in America — 50 percent more than Canada’s $125,000 average. Numerous factors underlie this difference, but an important one is the difference in opportunities in the two countries. Canadian doctors accept $125,000 per year because alternative opportunities for highly intelligent, highly motivated individuals are more limited in Canada than in America. Offer physicians $125,000 in the United States, and would-be medical students may choose careers in law, finance or information technology instead.

The differences become even more acute for specialty physicians. The same study showed orthopedic surgeons earning $442,450 in America — 113 percent more than their Canadian colleagues, who earned only $208,000.

There are many things wrong with America’s health care sector and many ways Americans could get more care and better health for the dollars they spend. But asking “Why can’t we be more like Canada?” leads nowhere useful and distracts us from practical, productive innovations such as telemedicine or enabling nurses, intelligent machines, and patients to do what currently requires high-priced physician labor.