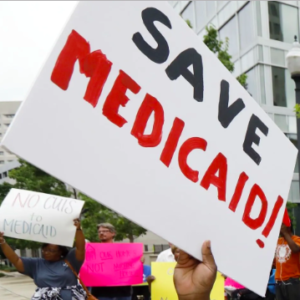 Boasberg, an Obama appointee, is the same judge who shot down similar requirements in Kentucky and blocked Arkansas from implementing its Medicaid work requirements. “In short, we have all seen this movie before,” Boasberg wrote in his opinion.

“The decision today is disappointing but not surprising given this judge’s past rulings. New Hampshire’s work requirement is a key provision of the bipartisan Medicaid expansion bill that passed with overwhelming support in the legislature,” Republican Gov. Chris Sununu said in a statement.

And that bipartisan support extends well beyond the Granite State. Polls show Americans overwhelmingly support work requirements for able-bodied welfare recipients, including surveys by left-leaning organizations like the Kaiser Family Foundation (72 percent support) as well as the pro-welfare-reform Foundation for Government Accountability (75 percent).

“Americans absolutely support work requirements for welfare and, unlike a lot of issues right now, it crosses party lines, says Sam Adolphsen of the FGA. “This ruling is another case of an activist judge appointed by President Obama–who was the author of the Medicaid expansion–bizarrely saying he doesn’t believe it furthers the objectives of Medicaid. That’s just flat wrong.

“A core mission of Medicaid and all government welfare programs is to help people become both healthier and financially self-sufficient,” Adolphsen told InsideSources.

“Medicaid is a health insurance program, that’s all,” Rosenwald said. “And many of the so-called ‘able-bodied’ have real mental health issues that keep them from working.”

“Medicaid 1115 waiver demonstrations that adopt restrictive conditions on eligibility like work requirements threaten to impede access to critical care for millions of Americans,” they wrote.

Advocates for the work requirement point out that many people who pay for their own healthcare also have family and personal issues but find a way to show up for work every day. That’s another reason Americans support minimal work requirements.

And how does Rosenwald feel about the fact that work requirements are so popular with voters?

As Sununu noted, Baosberg’s rulings are all but certain to be challenged. “A ruling from one federal trial court judge in Washington, D.C. is only the first step in the process, and we are confident that New Hampshire’s work requirement will ultimately be upheld,” Sununu said.

“This issue is too big and too important not to continue through the courts,” Adolfsen said. And some states are even looking at expanding work requirements to other programs like food stamps.

“If you get out of Washington or San Francisco and ask a regular person–someone working 40, 50 hours a week or more– if able-bodied people should be required to work a few hours a week in exchange for their benefits, they think it’s just basic fairness.”