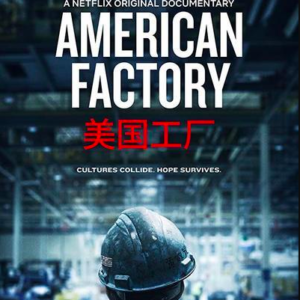 The debut documentary from Barack and Michelle Obama’s Higher Ground Productions, the former first lady claims, is “not an editorial.”

Now available on Netflix, “American Factory,” co-directed by left-wing activists — er, “filmmakers” — Steve Bognar and Julia Reichert, tells the story of Fuyao Glass Industry Group’s often-rocky revival of an abandoned General Motors SUV plant in the heart of the Rust Belt. It’s an enormously engaging profile of unlikely co-workers who seem to come not from different planets, but galaxies.

It is also an insipid advertisement for what liberals consider the urgent imperative for unions to halt “the death of the middle class.”

GM closed its Moraine, Ohio plant in 2008, and roughly 1,000 employees got the ax. Shawnea Rosser-Carter, who returned to the site to work for Fuyao as an inspector, told Bognar and Reichert that while her union auto-assembly hourly wage was $29 “and some change,” her new, nonunion gig paid only $12.84. That’s the first of numerous contextual bloopers “American Factory” commits. Rosser-Carter actually “made” much more while she was employed by GM. Add in the cost of benefits — primarily healthcare coverage — and her total take was likely somewhere well north of $40.

If Rosser-Carter had made it to retirement, she would have gone on costing the company, probably for many years to come. GM’s defined-benefit pension system was as unsustainable as its union-enforced compensation packages. But a decade ago, competition was fierce, management was shoddy, and the Great Recession had begun. Things couldn’t last, and they didn’t — six months after shuttering its operations in Moraine, GM filed for bankruptcy.

The town was in trouble. Then “the chairman” arrived. Raised in poverty, with little formal education, Cao Dewang co-founded the Fuyao Glass Industry Group more than three decades ago. Today, the company boasts of its “modern production bases in 16 provinces and cities in China and nine foreign countries” and “over 26,000 employees worldwide.”

As part of his expansion into North America, Cao took a chance on a down-on-its-luck region with an abandoned industrial site — first contacting Ohio in 2013, finalizing the Moraine location in 2014, starting manufacturing trail runs in 2015, and ramping up to full production in 2016.

The documentary depicts the unavoidable difficulties of transforming Fuyao Glass America from vision into reality. Cultural friction and language woes frustrate supervisor and small fry alike. Legitimate safety concerns reveal that Fuyao’s comfort level with employee risk isn’t up to U.S. standards. And the contrast in work ethic, physical fitness, and intelligence is … not subtle. (One Chinese manager explains to Cao that his American hires are “pretty slow,” are hobbled by “fat fingers,” and must be trained “over and over.”) As management struggles to meet deadlines and assure quality — in 2016, the company suffered a loss of $41 million — resentments build, and the United Auto Workers (UAW) lurks.

When “American Factory” shifts from Gung Ho to Norma Rae, it reveals the extent to which union rhetoric mires workers in the past. The employee quoted above is a pitiable exemplar. Outraged — embarrassed? — that his manicurist daughter brings home a bigger paycheck, his “solution” is to force his employer into collective bargaining, not frankly assess the value he has to offer, and certainly not explore possibilities in what can be lucrative service-sector labor.

You’ll have to watch “American Factory” to learn the fate of the UAW’s “organizing” campaign. But this is no spoiler: The first product from Obama Studios is a piece of not-too-thinly-disguised agitprop exhibiting neither an understanding of the nuances of globalization nor an interest in the changing nature of the nation’s economy. Sadly, however catnip-ish it will be to Team Blue, Team Red will undoubtedly indulge its own confirmation bias while watching the documentary. See! First they started shipping our jobs overseas, and now, whatever stinkin’ jobs we have left, we’re working for the Chinese! MAGAAAAAAAAHHHHHHH!

The tremendous opportunity that foreign direct investment provides the U.S.? The need to educate young people about the necessity of cultivating a marketable skill — and maybe one or two more, for backup? The widespread problem of entitlement and goldbricking in U.S. workplaces? You’ll hear nothing about any of that in “American Factory.”

The film’s story is worth your time. Bognar and Reichert’s message is not.