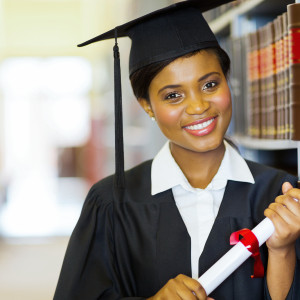 President Donald Trump has started to roll back education reforms pursued during the last administration as critics contest that the rules imposed unnecessary burdens on private colleges.

Keiser University is a private nonprofit university that serves approximately 20,000 students. It has several locations with the main campus based in Fort Lauderdale, Florida. The school also provides online courses that serve students in states across the country.

Dr. Arthur Keiser has served as the chancellor of the school since it was founded in 1977. He argues that regulations that were drafted when former President Barack Obama was in office have remained a concern. Dr. Keiser is optimistic that the new administration will be able to rollback the changes.

“Certainly for higher education administrators it’s been challenging,” Keiser told InsideSources. “We’ve been dancing among just a number of regulations that affect both nonprofit institutions like Keiser University, and for profit institutions even more so.”

The Obama administration pursued several significant education reforms during his time in office. Some of the policy changes have already gone into effect, while others have yet to be implemented. Education Secretary Betsy DeVos is in the process of delaying or rewriting some of the reforms.

“Under the Obama administration you heard one set, at least in my mind, one viewpoint, and that was from the progressives,” Keiser said. “Those folks who were not very positive towards private education. There were other rules that were even more challenging. Especially the gainful employment rule.”

“I believe it’s a protectionist agenda,” Keiser said. “It’s protectionist towards public education which is highly unionized. The unions have been strong supporters of many of these issues, and have been out front with them.”

Those in support of the education reforms see the rollback as a huge setback. The reforms were designed to address real problems, and now students could be left without support. Public Citizen Litigation Group is among the organizations that have filed lawsuits in response to the shift in direction from the new administration.

“We think the Department of Education’s delay of these rules was illegal,” Public Citizen attorney Adam Pulver told InsideSources. “The department, with just a swipe of its pen, said we’re going to delay these indefinitely, and that’s not something that’s allowed.”

Keiser University was originally a for-profit institution before it switched to a nonprofit status in 2011. Dr. Keiser noted at the time that the switch was to ensure the institution survives after he’s gone. He also cited how tough the regulatory environment had become.

The Chronicle of Higher Education reported at the time that the school was under investigation by the state attorney general. For-profit colleges have faced increased scrutiny from lawmakers and federal officials over high costs and low graduation rates. Keiser University was one of several institutions being investigated by the state.

The gainful employment rule was one of the more significant education reforms that were drafted during the last administration. Colleges would be at risk of losing taxpayer-funded federal student aid if the estimated annual loan payment of a typical graduate did not exceed 20 percent of their discretionary income or eight percent of total earnings.

“The gainful employment regulation, to me, it was more of trying to cull the herd rather the solve the particular problem,” Keiser said. “Now granted, obviously, programs should be there for gainful employment, and should lead to success however they determine it.”

Keiser argues that the approach imposed unfair burdens on colleges. He notes that how a former student does depends on many things outside of where they went to college. Someone who then goes onto culinary school or some apprenticeship program might not get paid well immediately as they are still developing their skills.

“It was, we think, a very intrusive, inappropriate, program,” Keiser said. “All these regulations just drive up the cost. When you drive up the cost you have to increase student loan debt. It’s very expensive to go to school today, and most students have to borrow to get into school.”

Some argue that the regulations unfairly targeted for-profit institutions. Hundreds of for-profit schools have already gone out of business since the gainful employment rule was announced. The closures include some high-profile institutions like ITT Technical Institute and Corinthian Colleges.

The gainful employment rule is just one of several recent regulations that have had an impact on colleges. Keiser adds the requirements posed a real threat to colleges. New regulations mean additional costs and time that take resources away from educating students.

“Another regulation is what was called state authorization,” Keiser said. “That would have required institutions to have a license in every state a student is taking an online learning course.”

Keiser adds the rule imposed an unfair burden on colleges with online degree programs. Those colleges would have to seek certification in every state they have a student taking courses online. He notes that getting regional college licensing is an expensive and time-consuming process.

“First, it would have given students rights to complain, but not the school’s ability to defend itself,” Keiser said. “The department would be the mediator, and there would be no due process given to the institutions. That would force the institution to refund those loans back to the student. It created a very one-sided argument.”

Keiser adds that the rule was more beneficial to the trial attorneys than it was students. The rule implements a process in which students who were allegedly defrauded or misled by their college can apply for loan forgiveness. It also set up avenues for students to seek loan forgiveness in unforeseen events like their colleges closing down.

“What has happened over the past several decades is that federal students loans have become a money making enterprise for a lot of institutions that were not really interested in educating students or preparing them for the future,” Pulver said.

Pulver adds that the education reforms were developed to protect students. He notes the issue of predatory tuition schemes and dishonest colleges was getting worse over the years. Others argue that the last administration was more concerned with ideology than addressing the problems.

“My take on this is that the Obama administration was more than willing to extend regulations without regard to the cost,” Mark Schneider, the vice president of American Institutes for Research, told InsideSources. “So many people would argue that many of the regulations that were propagated under the Obama administration–gainful employment, borrower defense, and Title IX–were all overreaches, many of them driven by ideology.”

Jorge Klor de Alva, president of the NEXUS Research and Policy Center, argues that there is a middle ground in which both sides could have their concerns addressed. He notes that the last administration was correct in trying to address the problems, but their solutions weren’t perfect.

“I would say the Obama administration made a very important and useful effort in trying to bring the greatest amount of control over institutions receiving significant amounts of financial aid,” Klor de Alva told InsideSources. “But in doing so I think it ran roughshod over a lot of institutions and policies that needed to be looked at more carefully. I think that’s what the Trump administration is doing now.”

Klor de Alva adds that the reforms were a step in the right direction even if they weren’t perfect. He notes that the best approach would be to keep the regulations instead of scrapping them outright. The new administration could then work to tweak the reforms and fix any problems.

“A lot of effort was put into making regulations that were helpful,” Klor de Alva said. “A lot of work has gone into it. I think that rather than scrapping them altogether, because they are meant to do something that is significantly positive, I think they should be tweaked.”