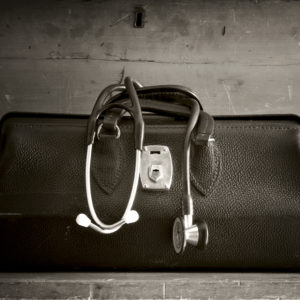 President Obama is not just a really good politician — he’s also a really good magician. He makes things — like your money — just disappear.

A few months ago, I wrote about one of Obama’s best tricks — Obamacare — and (among other things) how he used the state-level healthcare exchanges created by the Affordable Care Act to funnel money (your money) to crony capitalist IT companies that built defective, Pinto-eseque websites that crashed and burned just as spectacularly.

Hundreds of millions of dollars — your dollars — went up in smoke. Or went into someone else’s pockets.

And it wasn’t for “health care.”

Some of the money has apparently been sluiced to (surprise) blue state friends-of-Obama, such as Oregon’s governor, John Kitzhaber. In that state alone, $300 million in “health exchange” boodle has simply gone missing.

The guy disbursing these funds (our funds) is Andy Slavitt, acting administrator for the Centers for Medicare and Medicaid Services (CMS). And he may just have been caught fibbing to Congress about it.

Last December, Slavitt testified — under oath — that CMS had “recouped” approximately $200 million in funds originally earmarked for the state-based health exchanges. “Over $200 million of the original grant awards have already been returned to the federal government,” Slavitt told a congressional committee chaired by Michigan Republican Fred Upton looking into the matter. “We are in the process of collecting and returning more,” he added.

Except they weren’t — and didn’t.

Subsequent investigation by the committee discovered that CMS had in fact “recouped” a mere $21.5 million … out of the $4.6 billion originally hog-troughed to the state-based exchanges. And even that chump change — the $21.5 million — wasn’t actually “recouped.”

It was simply left over.

Unspent — because some states never set up state-based exchanges and so the money (the $21.5 million) was never given out in the first place.

Apparently, Slavitt knew the foregoing when he testified before the committee last December. Which would make him a perjurer — as well as a bagman for his boss, the president.

In addition to being a profiteer.

Prior to becoming Obama’s disburser of our money, he pocketed almost $5 million in bonus money from his former employer … which just happened to be … the health insurance mafia. The very same mafia that profits handsomely from Obamacare by forcing people to “sign up” — or else.

But wait, it gets better.

Slavitt was given an ethics waiver for potential conflict-of-interest by the government (Obama’s government) to immediately make decisions in his official capacity as CMS administrator that could “directly affect” (read: enrich) United Health Group… his ex-employer.

At least the real mafia has the decency to wet its beak behind closed doors.

The House Committee issued a press release on May 10 accusing Slavitt of having simply made up the testimony he gave in December — though a more polite term (“ad-libbing”) was used to describe his conduct. “It is troubling that the administration has had every opportunity to correct the record or back up the numbers but has failed to do so,” said Upton.

Obamacare has proved to be a “house of cards,” he added.

A Jenga Castle of fraud would be more accurate.

Just the other day, the House Oversight and Government Reform Committee went even further and demanded prosecution.

If the rule of law were still operative in the United States, Slavitt would be sweating a likely indictment for both fraud and perjury. But the federal government has become a law unto itself, doing what it likes, to whom it likes — and with our money.

But what are we left with?

It’s certainly not free medical care. Or even affordable care. Obamacare premiums continue to rise like the stink emanating from the cesspool that is Washington. As will the fines for not complying with Obama’s order that everyone buy health insurance from one of the mafias.

Mark that. You are required by law to purchase insurance — but that is not the same thing as receiving medical care.

Obama knows this — and so does his bagman, Andy Slavitt.

The both of them are laughing all the way to the bank. While we’re left holding the bag.