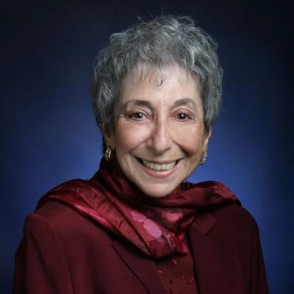 Octogenarian Women Who Pioneered the Way

Sit in a room with a group of 80-something-year-old women and ask the question, “What could you be when you were growing up?” and the answer always comes back the same: nurse, teacher or secretary. You might occasionally hear, “airline stewardess.” I know because I have asked that question many times in recent years.

As we approach the celebration of  International Women’s Day (March 8) and Women’s History Month (March), it is hard to fathom such limited choices. Even harder though is the road that many women took to secure their identity and establish their profession.

In helping women tell their stories, I have come to appreciate that strength and independence were on display a century before the MeToo movement. And while we are often aware of famous women who contributed generously to our history (Amelia Earhart, Margaret Mead, Shirley Chisholm, to name a few), there are countless examples of “ordinary” women who were nothing short of extraordinary.  A few of their stories follow.

Jane Jamison, now in her mid-80s, grew up in New York and knew early on that “numbers” was her thing. When she entered college in 1945 wanting to study engineering, she was counseled that engineering was not a woman’s discipline. So, she chose what felt like the next closest thing — becoming a math teacher. “I stayed in the field of numbers and hoped I could transmit my passion to the next generation,” she says.

She was 30 when she entered Hornell High School as a geometry and pre-calculus teacher. She took note of the struggle math posed for many of her students and incorporated unorthodox approaches (she recalls showing the movie “Donald in Mathmagic Land”) and beginning each morning with a favorite saying displayed on the corner of her blackboard. Before solving math problems, the class had to warm up their minds by explaining messages like, “Say what you mean. Mean what you say.”

Throughout her career, Jamison evolved her curriculum. In the 1980s, she was taken by Apple computers and used the platform to develop new material. Upon retiring, she became even busier — substitute teaching, joining the library and hospital boards, volunteering as a literacy tutor, and even driving “old” people to their doctor appointments. Having been able to give back in so many different ways, Jamison feels fulfilled, as she writes, “This is what happens when you take your heart along with you.”

Roz Frim shares a different story. Her mother’s great wish was that Dr. Frim break down barriers and become a physician. She fulfilled her mother’s dream by graduating from Harvard Medical School in 1956 as one of eight women in her class of 160. At the age of 83, she retired from a busy psychiatry practice, though she continued supervising residents.

Along the way, there were many voices Dr. Frim had to endure. Though her mother’s voice mixed projection with pride, her classmates at Barnard said that she wouldn’t be able to find a husband because no man would want to marry a doctor. Others suggested that her reason for entering a man’s world was so she could more easily find a husband. Dismissed in all this was Dr. Frim’s simple quest to heal and serve.

Dr. Frim found her partner while in medical school, and shortly after internship, they began their family. Before she knew it, she had four kids under the age of 5 and a residency to complete. Luck and smart choices helped her manage her load. She chose psychiatry over pediatrics, as the hours seemed more manageable, and she leaned upon her mother-in-law as an important extra pair of hands.

Most important, she found a program that would allow her to complete a four-year residency in eight. Thus comes her wisdom, “Slow and steady wins the race.” A small irony is that Dr. Frim’s daughter is a pediatrician, and Dr. Frim has similarly supported her daughter’s family.

Our final story is that of Peninnah Schram who showed pluck and determination when she was dealt a bad hand. At only 32 years of age, Peninnah became a widow when her husband died of a sudden heart attack. She had two young children and no clear profession other than running a small children’s theater. Her devoted mother asked Peninnah to move to Connecticut so that she could help raise the family.

Even though she had little to fall back on, Peninnah declined, believing this would be an unacceptable retreat. She recalls, “My identity as a woman, a professional, and a mother — although no longer a wife — had to be reconstructed, even if I didn’t know how exactly.”

One day while visiting a shiva, a Jewish house of mourning, an acquaintance asked her if she wanted to teach. One thing led to another, and she slowly carved a career in college education. She rose to become professor of Speech and Drama at Yeshiva University. I crossed paths with Schram when she performed one evening as a gifted storyteller, and she was mesmerizing.

What do we take from these gutsy, old-but-not-worn pioneers? Maybe the hope that our daughters can show the same moxie and make their own luck. Maybe to realize that so many more women have rich stories than just the famous. Maybe, we can appreciate how far we have traveled from the days when women had three choices: nurse, teacher or secretary.