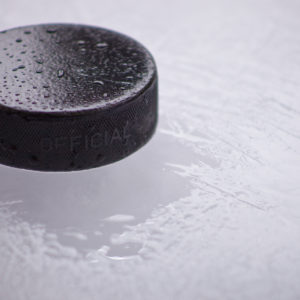 Of Guns and Hockey Pucks

Campus shootings are as devastating as they are rare. There have been 58 shootings at U.S. colleges and universities since 2000. While that’s 58 more than the ideal, it’s still around three per year. At that rate, it’s orders of magnitude safer for students to reside on college campuses than it is to travel to them. But, like many universities, Oakland University in Michigan has developed a plan for this vanishingly unlikely event. The university has decided to arm all of its faculty and students.

A century from now, when people consider the gun-control debates from this period of American history, this chapter will surely be one of the lowlights.

The university has distributed at least 2,500 pucks since March. Says campus Police Chief Mark Gordon, “It was just kind of a spur-of-the-moment idea that seemed to have some merit to it …” One wonders how bad grade inflation must be at Oakland for ideas like this to be considered as having “merit.”

Chief Gordon took the common sense approach that if people were unable to hide or escape, they should have some means of self-protection at their disposal. He referred to the hockey puck plan as “an absolute last strategy.” At least the chief is able to identify this as a “last strategy,” because one is hard-pressed to think of another strategy that would be much worse. Tom Discenna, professor and president of the faculty union, noted that the pucks are “a reminder that you’re not powerless and you’re not helpless in the classroom.”

Yet why would anyone feel “powerless” and “helpless” in a classroom in the first place? Michigan has comparatively liberal gun laws. Any resident who has completed a firearms training course and who applies for a permit receives the permit (felons and the like notwithstanding). In short, most Oakland University faculty and many students could easily obtain firearm permits in Michigan. So why would they feel powerless and helpless?

That’s easy. It’s because Oakland University itself has banned firearms on campus. University ordinances declare that, “No person shall possess a pistol or any other firearm, dangerous weapon, weapon, explosive or incendiary device on campus.” To ban guns and then arm the campus community with hockey pucks says that the university is more concerned about people feeling powerless and helpless than about their actually being powerless and helpless.

A better approach is to acknowledge that college shootings are rare events, considerably more rare than hospital shootings, for example. If passing out hockey pucks as defensive weapons in hospitals sounds ridiculous, it should sound considerably more ridiculous in colleges and universities. Hard cases make bad law, or in this case bad university rules. And that’s saying something. Are college shootings terrible things that we should address sensibly? Yes. Are hockey pucks the answer? Most certainly not.