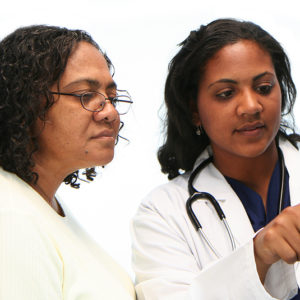 Of Race and Health Care

Race is probably the hottest hot-button issue in America today. Concern with racial discrimination permeates education, employment, politics and ordinary discourse. For those whose work focuses on health care, racial issues have become an unavoidable presence.

In health care, questions of race fall into two broad categories: First, to what extent does racial discrimination — intentional or unintentional — affect individuals’ health? Second, to the extent that discrimination does have an effect, how do we best mitigate its ill effects?

In 2021, two physicians, Bram Wispelway and Michelle Morse, suggested race-based hospital admissions as part of an “antiracist agenda for medicine.”

Another Brookings scholar, Shadi Hamid, is disturbed by such proposals. He notes that hospitals in various states have instituted racial preferences in distributing scarce treatments for COVID-19. Hamid says, “The possibility that someone’s race could, quite literally, affect whether they qualify for lifesaving COVID treatment isn’t just another inconvenience. In theory as well as practice, it is a matter of life and death.”

In 2021, the American Medical Association and the Association of American Medical Colleges issued a 54-page speech code — Advancing Health Equity. This document is permeated by an assumption that all racial disparities in health are caused by racism as opposed to, say, genetics or individual behavior. The document focuses repeatedly on the impact of “whiteness” on health care in America and beseeches doctors to engage in heavily politicized and often accusatory speech.

It is increasingly difficult for retail-level primary care providers to avoid these questions. A November 2021 memo from Medicare offered physicians bonus pay if they “create and implement an anti-racism plan … to ensure that they include and are aligned with a commitment to anti-racism.”

Unfortunately, there is far too little dispassionate discourse on these subjects. There is no doubt that overt racism and institutional rigidities took their toll on, for example, the health of African-Americans over the years. After slavery ended, Jim Crow laws continued parts of that legacy with a terrible vengeance.

For those of us who came of age in the Jim Crow South, that legacy was suffocating and vile. In my home, Virginia, the state government was dedicated heart and soul to destroying economic and educational opportunities for African-Americans — and as any health care scholar can tell you, income and education are two of the most important variables in determining one’s health. In my town, life was an endless series of small slights and large barriers. In the local newspaper, marriage licenses were listed separately by race. The public library limited African-Americans to the basement and denied them access to the stacks.

Early in the 20th century, the AMA and AAMC helped destroy pathways for African-Americans (and women) to become doctors — a moral failing that, to their credit, both organizations acknowledge today. In 2010, the number of Black doctors as a percentage of the Black population was lower than had been the case in 1910.

Examining these questions was and is a worthwhile endeavor. How much have these discriminatory effects diminished since the 1960s? How severe are the residual effects? To what extent are lingering effects mitigated by, say, affirmative action and existing transfer programs? Which policies will unintentionally exacerbate and reinforce existing problems?

These questions are deeply enmeshed with the broader arguments over critical race theory, and, sadly, the rhetorical chasms seem unbreachable for now. Neither side appears in much of a mood to have polite debates. Which side deserves how much blame for the acrimony is a question for another day.