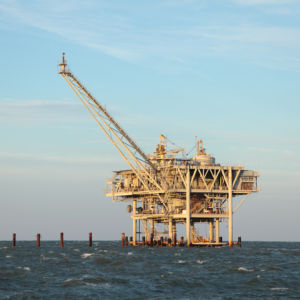 The Trump administration wants to open vast swaths of the Arctic and Atlantic oceans to offshore energy development.

But a federal judge is standing in the way. U.S. District Court Judge Sharon Gleason recently ruled that neither President Trump nor any future president can reverse an Obama-era ban on leasing those offshore territories to oil and gas firms.

Her ruling is completely absurd. Presidents have the right to reverse another’s policies, and they’ve done so throughout history. Circuit courts would be wise to strike down this ruling.

With one month left in his second term, President Obama tried to ban permanently offshore drilling in Arctic and Atlantic federal waters. To do so, he looked to the Outer Continental Shelf Lands Act. This 1953 law states that “the President of the United States may, from time to time, withdraw from disposition any of the unleased lands of the Outer Continental Shelf” — submerged federal land that lies at least three nautical miles offshore.

Her logic is suspect. Just look at how major policies have come and gone under different presidential administrations.

There’s the Mexico City Policy, which prohibits the U.S. government from funding foreign nongovernmental organizations that promote abortion. First implemented in 1984 under President Reagan, it was later rescinded by President Clinton, reinstated by President Bush, and scrapped again under the Obama administration. Most recently, Trump brought back and expanded the policy in January 2017.

This time is no different. Six other presidents have used the Outer Continental Shelf Lands Act to prohibit leasing on certain areas of submerged federal land. Obama’s ban just happens to be one of the few without a time limit.

Gleason’s ruling does more than set a dangerous precedent. It also enforces a ban that wasn’t necessary to begin with.

The offshore industry works hard to keep oil and gas development as safe as possible. In the last decade, the sector has created more than 100 new exploration and production safety standards — covering everything from well design to environmental management. Offshore workers even employ a world-class spill response network to quickly address any issues that arise.

These resources could drastically speed up the United States’ ascent to energy dominance and strengthen local economies. Expanding offshore development to the Arctic Circle could bring more than 7,000 jobs to Alaska every year. Fully opening up the Atlantic, Pacific and Eastern Gulf of Mexico to offshore development could generate 730,000 jobs and $150 billion in cumulative federal tax revenue.

Kristina Kiik is a business litigation attorney in Dallas. She serves as a director of the Lone Star Policy Institute. She wrote this for InsideSources.com.