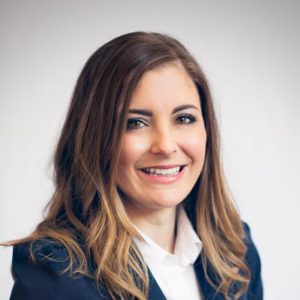 Claire Chase, a lobbyist for — and family member of — the owners of one of New Mexico’s most prominent oil and gas companies, will seek the Republican nomination for the U.S. House of Representatives seat currently held by Democrat Rep. Xochitl Torres Small. Torres Small won the traditionally Republican district in a very tight 2018 race.

Chase is competing in vast 2nd Congressional District, which represents most of the state south of Albuquerque and includes the state’s section of the prolific oil and gas producing Permian Basin. Las Cruces — the state’s second-largest city and Torres Small’s hometown — is also in the district.

“I’m running because my husband and I — when we woke up the morning after the [2018] election — we felt we woke up to a New Mexico we no longer recognized. Certainly not the same New Mexico we grew up in,” Chase told InsideSources, adding state government had become too progressive and was “no longer politically balanced”— and neither was the New Mexico congressional delegation.

“We thought it was our time,” said Chase. “We thought about this for almost a year. I just felt that my conservative background and political background would be well suited to run in this district and hopefully change it back [to the old] New Mexico,” she said.

Chase is married to Chance Chase — the grandson of New Mexico oil and natural gas tycoon Mack Chase. He founded Artesia-based Mack Energy and the company is still in family hands.

Aside for working as a lobbyist for Mack Energy, the 36-year-old Chase was chair of the New Mexico Oil and Gas Association (NMOGA) from October 2018 until August of this year. When asked she said she saw “no conflict of interest” between her industry connection and being in Congress.

Chase also previously worked as a financial adviser for then-Rep. Steve Pearce, when he represented the same district. Pearce, who is now chairman of the state Republican Party, said he isn’t endorsing anyone in the June 2nd primary, adding it’s against party rules for him to endorse a candidate while serving as chairman.

If a Republican wins the district in 2020, the victor would likely be the only GOP representative in the New Mexico U.S. congressional delegation. Chase so far faces former state Rep. Yvette Herrell and Las Cruces businessman Chris Mathys in the primary.

Torres Small defeated Herrell in 2018 by less than 3,000 votes in the conventionally Republican-leaning district and became only the second Democrat to ever win the seat.

FreedomWorks for America has already endorsed Herrell and she also is backed by several of her former Republican colleagues in the New Mexico Legislature. The House Freedom Caucus supported Herrell in 2018.

When InsideSources asked why she thought she could beat a candidate who came so close to winning in 2018 and has considerable support in the upcoming primary, Chase said:

“My business experience, my leadership with NMOGA, I think those are two things that point to me being a better qualified candidate,” she said. “Having worked for Steve Pearce, I understand the district and I understand what it takes to win — and I intend to outwork her.”

Chase, a native of Roswell, says one of her key platforms if she gets to Washington would be to get federal help to improve conditions for children, especially in New Mexico.

“New Mexico is ranked 50th in education and 50th in child well-being, and we have three-year-old twins,” she said. “Whatever the state and the [the New Mexico congressional delegation] has been doing has not been working.

Living and working so close to Mexico, Chase is also concerned about “stronger border security” and supports President Trump’s efforts to build a wall, although she says it might be “too expensive” to build across the entire border.

“We are at ground zero here in New Mexico and I think a wall makes sense in sensitive areas,” she said. “I think investing in Border Patrol and technology and resources is important as well.”

Chase also says the immigration system needs reform and has a surprising outlook on changes for a conservative Republican under Trump: She doesn’t believe in deporting everyone who is in the country illegally.

“If you have someone who has been here for 20 years and has been working and productive to society, we should be able to find a solution,” Chase said. “I don’t think that means citizenship, but I do think that means some sort of work visa.”