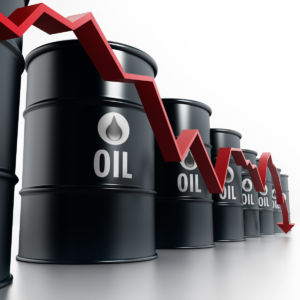 Oil Price Predictions — a Triumph of Hope Over Experience?

A new year brings with it interest in what the rest of the year will be like with analysts, traders, investment banks and government agencies going through the ritual of forecasting the price of crude oil and products made from it. The accuracy of these forecasts is similar to weather forecasts. The closer they are to the present, the more accurate they are likely to be.

In times when there is relative social, global and economic stability, price forecasts tend to be reasonably accurate because they are driven by mainly population and economic growth. But, stable times so far this decade have been the exception rather than the rule. There are now simply too many variables that are uncertain to place much confidence in forecasts of crude oil prices, especially forecasts based on OPEC-negotiated production cuts.

What will be the effect of the gradual disintegration of the European Union? Will China and other Asian economies be able to achieve higher levels of economic growth? Will the economic policies of President Trump be able to achieve 3 percent economic growth? Will terrorists be able to interrupt the flow and production of oil? Will OPEC production cuts stick? Will cyber warfare cause economic disruptions? Will there be a “black swan” event that catches everyone off guard? The list of uncertainties could go on but it is sufficient to say that uncertain times lead to more volatility, which leads to wider ranges in crude oil price forecasts.

Michael Lynch, a recognized energy analyst, has put oil price forecasting in perspective. “Anyone who has been in the business of predicting oil markets should be pretty humble, because we’ve all gotten it wrong many times, sometimes spectacularly. That has been especially true in recent years when prices have swung from a high of $141 a barrel to a low of $27. The latest forecast by the Energy Information Administration estimates that crude oil will average $52 a barrel with the near-term range being $34 to $71, reflecting continued volatility, while Bank of America is more bullish based lower investments over the past few years and a “healthy increase in demand growth.”

Outside of possibly the United States, there are no signs that demand will increase much, so price will be driven by supply. If the price of crude does start to rise further as a result of the OPEC cuts actually taking hold, U.S. and Canadian shale oil producers will have a strong incentive to drill in fields that were abandoned when the price got below $40 a barrel. The number of drilling rigs has increased as the price of crude has risen to current levels.

Increased domestic production is good for the economy and helps offset reductions elsewhere. How big those reductions, if they actually occur, will be is anybody’s guess. OPEC members have a history of cheating and, with the exception of Saudi Arabia, will almost certainly cheat again if they can. But, that is a big if.

Global production estimates are subject to a number of uncertainties that will affect prices through the year. Venezuela, an economic basket case, has seen its production decline by about 300,000 barrels in the last six months and there is no evidence that it can reverse that decline. Iraq’s production has been increasing but its production faces risks from ISIS attacks. Nigeria and Libya both face uncertainties due to militant activities that affect production.

With the lifting of sanctions, Iran’s oil production has increased from 2.8 million barrels a day to 3.8 million. How much additional production it can achieve in the short run depends on the timing and magnitude of capital investments.

Although Russia has agreed to reduce its production to support higher prices, the contraction of its economy and a restless population suggests more production, not less, as a way of injecting more money into the economy.

On balance the outlook for increases in global production is not encouraging and the 1.2 million-barrel-a-day decrease negotiated by OPEC is probably on the high side. That combined with a strong dollar, which depresses the price of oil, suggests that a big increase in crude prices is not likely unless the market is hit with a black swan surprise.