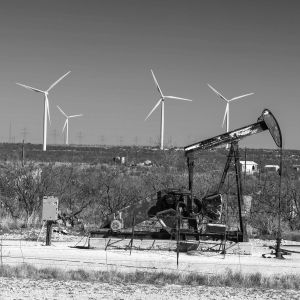 For both state and national governments, mineral revenues can be a double-edged sword. When prices for oil and natural gas are higher, the sale of mineral leases and taxation of the industry is enough to fund many government services. When prices drop, however, a state can practically watch its tax base shrink. This is the situation Oklahoma confronted, as its legislature finally wrapped up a contentious budget negotiation whose stakes were raised even further by a teacher strike earlier in April. The debate pitted alternative energy against fossil fuels as lawmakers debated whether to cut subsidies for wind power or to raise taxes on petroleum producers.

In 2014, Oklahoma voted to lower taxes on oil and natural gas production. The cuts left the state with some of the lowest gross production tax rates in the country, saving the industry $470 million in fiscal year 2015 alone, but at the cost of funds that had been spent on schools. The gross production tax rates in Louisiana and South Dakota are more than 13 percent, and Texas charges 8 percent, but in Oklahoma, the industry has fought to keep rates below 5 percent.

Since then, falling oil prices have reduced the number of operating wells and the tax revenues that the state relies upon. This spring, a short teacher strike brought to a head an issue that had been simmering for years. While the industry had enjoyed the lower tax rates, school districts were struggling to function and lacked money for basic supplies.

Even as teachers threatened to strike, the Oklahoma Oil and Gas Association (OKOGA) continued to resist raising the gross production tax, arguing that raising the tax rate above 4 percent would threaten industry jobs without addressing underlying flaws in how the state spends.

“The reality is oversight, efficiency and reducing waste and fraud should be the focus at the Capitol and are the keys to sustained fiscal stability in Oklahoma,” said Chad Warmington, president of the OKOGA in a statement in late March.

“Our previous support of a 4 percent GPT increase on new wells was completely incumbent upon the approval of a broad-based revenue package. We do not endorse a plan that will continue Oklahoma’s over-reliance and unsustainable dependence on a single industry for financial stability; put Oklahoma families out of work; and add to the state’s social services burden,” he continued.

Instead of swallowing the tax increase, one of the oil industry’s richest figures has been pushing for the state to instead cut its subsidies of wind power to close the budget gap. Wind power has been growing in Oklahoma. Last year, the state ranked second in the nation for installed wind capacity and the renewable generated 32 percent of the state’s electricity, according to the American Wind Energy Association.

To a large degree, this showed the effectiveness of state policies that had given the industry generous tax breaks. Now that the state is struggling to make ends meet, these breaks are coming under fire. Between 2004 and 2015, wind farms in Oklahoma received $306 million worth of tax credits and exemptions. Supporters of alternative energy argue that this is far less than than the tax breaks benefiting horizontal drilling operations, which they claim have received more than $1 billion between fiscal years 2012 and 2015 alone.

Linking the education and energy issues, one anti-wind power group argued that the per turbine tax credits for the 300 megawatt Kingfisher project in Oklahoma are greater than a teacher’s annual salary. The state spends millions of dollars each year on zero emissions credits for wind energy and the industry does not produce nearly as much in tax revenues as does oil.

Earlier in April, Gov. Mary Fallin signed a bill to end one important wind energy tax credit early. The new legislation requires that wind farms must be operational by July to qualify for the Zero Emission Tax Credit. However, pre-existing wind farms can continue to receive the credit, making the measure a half step for many.

This week, wind energy supporters have been making a last minute push to preserve green energy in the state, with demonstrations meeting outside the state capitol. In the end, it was all for naught. The state House voted to end the zero emissions tax credit, saving the state $500 million and $750 million over the next decade.

“Out of the top six states in the country, we’re the only one that has not either capped or eliminated our wind production tax credit,” said state Rep. Jeff Coody, R-Grandfield. “We need to wise up. We need to represent taxpayers instead of a multinational, multibillion dollar wind conglomerate.”

Since the effort to remove the wind tax credit failed in the state Senate, the issue is not yet settled though. Hamm, a longtime opponent of the wind tax credit, along with his allies, has been working to drum up support for amended legislation which sources say could reach the legislature this week. While this would require that the new legislation pass the state House a second time, it is a clear demonstration that the wind energy storm has not yet blown over.