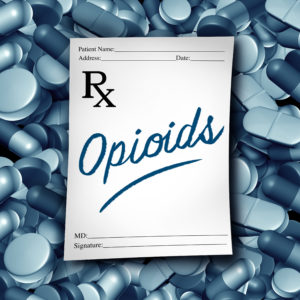 Oklahoma’s much-anticipated trial against Johnson & Johnson regarding the opioid-based medications they manufactured began last week, and while it is certain to be “must-watch” television, the question remains — how much effect will this litigation actually have on Oklahoma’s opioid crisis?

To answer, the strength of the state’s legal argument must be examined. The sole claim in the case is the theory of “public nuisance.” The state argues that Johnson & Johnson increased the opioids market through deceptive marketing campaigns involving misrepresentations and omissions about opioids, thus creating a public nuisance. This represents a vast expansion of current Oklahoma law, however, and if the state is successful, could create seemingly limitless liability for all product manufacturers.

Historically, public nuisance law has been applied in cases involving private property and public spaces, not the manufacturing of legal, highly regulated products. A successful public nuisance claim usually involves instances in which there is an interference in one’s enjoyment of personal property. Typical cases include manufacturing plants emitting noxious fumes or restaurants blaring loud music.

Here, the state looks to expand the law to cover harm resulting from a public health crisis. If the attorney general is successful, Oklahoma law would be well outside the mainstream as evidenced by a recent decision in North Dakota where a judge dismissed a similar claim against Purdue Pharma.

Additional concerns focus on ensuring that victims of the opioid crisis actually benefit from a potentially large monetary award, such as the $270 million settlement secured by Oklahoma attorney general Mike Hunter from Purdue Pharma. Of that amount, nearly $200 million is going toward establishing a national center for addiction treatment at the Oklahoma State University Center for Wellness and Recovery. The attorney general retained several private law firms to handle the case on a contingency basis, and the nearly $60 million they will receive is more than 22 percent of the total settlement.  Local governments stand to receive an amount that is barely 20 percent of the fees that the private attorneys will receive — about $12 million.

State lawmakers on a bipartisan basis objected to proceeds of the Purdue settlement bypassing the state treasury and the legislature’s authority to allocate funds. Hunter stated that the typical appropriation process did not apply to the settlement because his office never actually received the money. As a result, H.B. 2751 was introduced to ensure that any future settlement funds secured by the attorney general on behalf of the state or a state agency must be deposited in the state treasury.

Governor Kevin Stitt signed the legislation in May, which will close the loopholes the settlement exposed and preserve the legislature’s authority to expend and determine how state funds are allocated.

Local governments were also disappointed and are now taking steps to preserve their right to recover more money, and they are opting out of the settlement. The question remains whether the attorney general has the power to bind local governments in the case, and it is one that will likely have to be decided by the courts.

The opioid crisis is a significant public health crisis for Oklahoma and the entire nation. But it is a complex problem that must be addressed by our elected leaders, government agencies that are responsible for public health and law enforcement agencies. Litigation will accomplish few, if any, of these goals nor the ones laid out by Hunter. It requires a comprehensive solution, one that ensures the public interest in health and safety is never compromised by private interests.