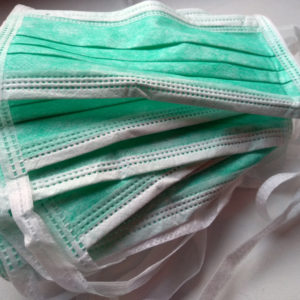 Today, I wouldn’t consider walking into a store without a cloth mask. I’m not happy if you walk in without one.

However, I don’t “know” whether masks are or aren’t effective in preventing COVID-19. Neither do you, Fauci, Birx, Atlas, Trump, Biden, Fox, MSNBC or myriad Twitterati.

A disconcerting feature of the pandemic is frequent abuse and misunderstanding of science itself. If the topic were theology rather than virology, 2020’s dominant voices would be cultists and atheists. Those who view scientific evidence as unquestioned truths or superstitious nonsense. Jim Jones versus Friedrich Nietzsche.

I revere science and have taught its tools to medical researchers and others. I view masks and other COVID-19 precautions through the lens of Pascal’s Wager.

In the 1600s, Blaise Pascal argued for a cautious approach to the existence of God. If there’s no God, he argued, living a godly life will reap no benefits post-mortem but will entail only modest sacrifices in the present world.

If God exists, he argued, an ungodly life in this world will bring only modest pleasures, followed by infinite suffering in Hell. Hence, a godly life is a good bet. Pascal’s reasoning (along with that of Thomas Bayes and other theologians) played a powerful role in the development of scientific methods.

A recent missive from British Prime Minister Boris Johnson said: “if that is what the scientific and medical advice tells us we must do.” A recent article at a medical website says: “[T]he science is clear: Face coverings tamp down the spread of COVID-19.”

Properly used, science never “tells” us what to do. Science is a witness, and not the judge. Its testimony may be loud and convincing, but never “clear.” At some point, science rests and humans decide what to make of it.

In teaching economics and statistics to thousands of students, I stressed the importance of maintaining a healthy skepticism toward scientific evidence.

As the world stumbles its way through COVID-19, science provides only a faint and flickering light to guide us through the darkness. Just as a spelunker’s flashlight cannot tell him which way to proceed through a cave, so it is with scientific evidence. To assume otherwise is to confuse science and faith.

In conveying this message to my students (many of whom were already well-established scientists and medical practitioners), I had them consider baseball and kidneys.

Justice’s average was higher each year. A baseball scientist (sabermetrician) might conclude, “The science is clear. Evidence commands, ‘Bat like Justice, not like Jeter.’ Q.E.D. Selah.”

But here’s the problem. If we combine each player’s stats for these three years, it turns out that Jeter’s batting average over the three-year period 1995-97 was actually higher than Justice’s. If this anomaly (known as a Simpson’s Paradox) bothers you, great. Google it and work through the math. You’ll be a better person.

Treatment X had an 83 percent success rate, while Treatment Y achieved only 78 percent. One might have concluded that: “The science is clear: Insurance should pay for X and not Y.”

However, when the researchers divided sufferers into those with large stones and those with small stones, it turned out that Treatment Y had higher success rates for both groups. So now, one might conclude that “science” says pay for Y and not X.

Ultimately, though, human beings must sift through ever-conflicting, ever-shifting data and do their best.

And so, I wear my mask, because it’s not too onerous, because it might save me, and because the data are relatively convincing.

As with Pascal’s Wager, it all comes down to costs, benefits, probabilities and weight of evidence.