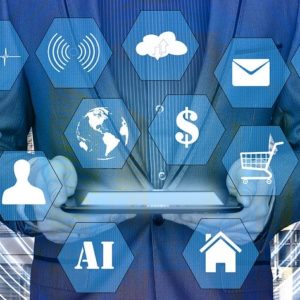 On Personal Proximity and Physical Distance

As COVID-19 rages, we struggle to forge personal relationships and business arrangements in circumstances devoid of physical proximity.

This month’s sudden passing of a dear friend — whom I only “met” once — reminds me that intimacy at a distance has long been part of the human experience. (For a heartwarming historical example, read about Julia I. Sand.)

Henry G. Stern was an insurance broker in Dayton, Ohio, and founder of InsureBlog — one of the wittiest, most informative information sources I’ve used. My work focuses on healthcare, and from 2007 till 2013 — years bracketing the enactment of the Affordable Care Act — my focus was federal health insurance policy. I worked in Washington, D.C., where one gets a stilted perspective.

Early in those years, I discovered Hank’s writings, or he discovered mine — not sure which came first. But instantly, we forged a symbiotic bond.

My contribution was an inside-the-beltway view and perspective as a quasi-academic economist; I could tell him what Washington folks were contemplating and what they presumed the results would be.

Hank would explain how insurance brokers and customers and patients would actually deal with proposed public policies — and his suppositions often looked quite different from Washington’s.

But looking back over that dozen-or-so years, I’m struck by how personal our conversations were — as if we had grown up together. We emailed and talked by phone, but mostly corresponded publicly — on Twitter. Whatever I posted, Hank was likely to reply.

Sometimes it was to inform me of something I didn’t know or understand. Often, it was to encourage others to read something I had written. Other times, it was to defend me against someone else’s diatribe.

Even if you’re not a member, go to Twitter and search on “@robert_graboyes @insureblog”— our two accounts.

You’ll find an endless transcript of a friendship. Well, as I just learned, almost endless.

More personally, my wife is an artist and I’m a musician. Whenever I posted our works, Hank was likely the first one to like them and send them hither and yon. The personal enhanced our business relationship.

At InsureBlog, he amassed a talented crew of co-bloggers, and he introduced them to me as if we were old school chums. Often, he’d send me for answers to co-blogger and fellow Ohioan, Pat Paule. In a case or two, that introduction resulted in Pat and me coauthoring a column on some aspect of health economics.

In early 2018, I was scheduled to speak in Columbus, Ohio — maybe an hour-and-a-half from his home. I also asked his co-blogger Pat to join us for lunch at a deli. (Pat lived a few hours away, in a different direction). It turned out that that Hank and Pat had never met physically (and never would again). This stunned me, as they seemed to work together as one.

It seems, this was not all that unusual. His principal co-blogger, Bob Vineyard, wrote a beautiful tribute to Hank shortly after he died.

Bob said that, “We only met physically once, perhaps half a dozen years ago, when [Hank and his wife and one of his daughters] traveled through Atlanta on their way back home from Florida. We met on “neutral ground”, a restaurant favorite that my wife Rachel and I enjoy. … Good food. Good wine. Good company.”

When I heard of Hank’s passing, I went straight to Twitter to see when he had last posted.

Under “tweets,” I was humbled to find that Hank’s final entry was one recommending something my colleague Jessie McBirney and I had just written. Despite our contradicting something Hank had argued for years, he thought our contrarian perspective worth sharing.

Information technology — email, teleconferencing, videoconferencing, social media — makes it possible to build strong relationships at a distance. But only if you add a good dose of humanity and humility to the mix. With Hank and me, it was humor, passion for our topics, mutual respect, love of families and willingness to listen respectfully to disagreements.

I’ll miss Hank terribly, but am thankful for the years we had. As Bill Clinton said, memorably, in his eulogy to Yitzhak Rabin, “Shalom, chaver.”