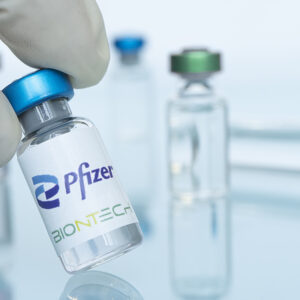 On Pfizer, COVID, and Charity

After developing its remarkable COVID-19 vaccine, Pfizer is preparing to roll out an antiviral pill to ease the symptoms of those who contract the virus. Pfizer says the pill reduces the risk of hospitalization or death by 89 percent in “non-hospitalized high-risk adults” if taken within three to five days of symptom onset.

While the pill still awaits approval by the U.S. Food and Drug Administration (FDA), Pfizer granted a license to the Medicines Patent Pool (MPP), a United Nations-backed group. Under this agreement, Pfizer will share the chemical formula for its pill with generic manufacturers in around 95 mostly lower- and middle-income countries. These countries are home to around 4 billion people—53 percent of the world’s population. Pfizer will decline royalties from low-income countries and won’t receive royalties from middle-income countries while emergency conditions prevail.

Under the deal, generic drug companies in these countries will produce the pills and, presumably in tandem with their governments, distribute them.

This all sounds admirable, but some have criticized aspects of Pfizer’s accord. Doctors Without Borders (Médecins Sans Frontières) is “disheartened” that Pfizer didn’t extend licenses to all countries. They noted in particular that Argentina, Brazil, China, Malaysia, and Thailand weren’t included. Robbie Silverman of Oxfam America offered a bifurcated take—welcoming the agreement but observing that billions of people would still lack access to the vaccine. Silverman said, “This move also begs the important question: If Pfizer can share data and intellectual property on a medicine, why have they so far categorically refused to do so for their COVID vaccine?”

To me, the specifics of Pfizer’s agreement with MPP make good sense. Granting licenses in some countries and not others is financially sensible. In some countries, Pfizer is well situated to use its own manufacturing and distribution capacity; in other countries, these responsibilities are best left to local enterprises. Local conditions matter. I’ll also bet that Pfizer’s own manufacturing and distribution capacity is stretched thin by the extreme demand for its COVID vaccine.

Doctors Without Borders attributes Pfizer’s choices to its desire to earn profits. Certainly, that’s true. Doctors Without Borders is a charity. Pfizer is not. Without the prospect of adequate shareholder profits, Pfizer (and its German partner BioNTech) wouldn’t have developed the vaccine in the first place.

On the other hand, there most assuredly is a charitable component to the Pfizer/MPP agreement—doubtlessly fueled by a mix of altruism and public relations. Pfizer is effectively donating some of the value of its intellectual property (patent rights) to the residents of these 95 countries. In most realms, we expect charitable institutions to donate to the disadvantaged and let wealthier people pay their own way. Argentina, Brazil, China, Malaysia, and Thailand are not as wealthy as America, but neither are they poor.

There are at least two other factors that might underlie the exclusion of some countries. First, quality control may not be up to snuff in some places—and Pfizer wouldn’t wish to see bad batches of its product making headlines. Second, some countries—especially China—are known for rampant violations of other countries’ patent rights.

Finally, it’s no surprise that Pfizer is willing to license its pill, but not its vaccine. Pills are pretty easy to make. These particular pills are similar to those that have been used effectively by poorer countries for decades in the fight against HIV. The mRNA vaccines are an entirely different game. They require cutting-edge manufacturing technologies, personnel versed in precision processes, world-class quality-control safeguards, and adequate deep-freeze capacity to maintain the drugs. For most countries, these elements simply aren’t available. If Pfizer renounced its patent rights and posted the vaccine recipe online today, very few countries would—or could—start manufacturing mRNA vaccines. Additionally, once manufactured, mRNA vaccines are far more complex to handle and maintain than are pills.

Finally, Pfizer has a powerful motivation to keep its new vaccine technologies close for now. Those mRNA vaccines may be the most remarkable medical technology developed in recent decades. In the coming years, they will be central to the battles against cancer, genetic illnesses, and more ailments. It makes no sense at such an early stage for Pfizer to toss its trade secrets to the wind.