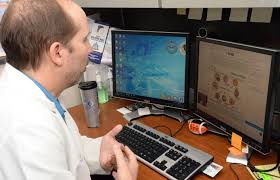 Do a Google search on three terms: telehealth or telemedicine, Africa, and game-changer. Google will offer hundreds of thousands of results—and for good reason. Health care in Africa tends to be resource-starved—particularly in the majority of the continent that lies south of the Sahara. Much of Sub-Saharan Africa is sparsely populated. Resources are slim. Infectious diseases are legion. And millions live long distances from clinics. For many, clinics within reach have no physicians.

But necessity is the mother of invention, and Africa is plunging into technology as a way of overcoming its deficits. With an impoverished grid of landlines, Sub-Saharan Africa is natural turf for cellphones. Telehealth brings the eyes and ears of doctors to the remotest of villages.

For years, a great deal of banking and commerce in Africa has been conducted via mobile phones. Health care is now following that path. For several years, I’ve written about how unmanned drones have been delivering blood supplies across Rwanda, Ghana, and other countries over the past five years. But those flights, significant though they may be, involve health care professionals at each end of the trip. Telehealth involves ordinary people—some extremely ill—on one end of the conversation. To put things into perspective, Sub-Saharan Africa is a market of over one billion people.

Across the continent, conversations between patients and providers now occur through video and audio calls. As in the United States, COVID-19 and the need for social distancing have led to a boom in virtual consults. But even before the pandemic, Sub-Saharan Africa had greater need for telehealth and, very likely broader usage.

According to a November 2020 article in The Lancet journal, telehealth has been critical in dispensing mental health across Africa during the pandemic. Before COVID, Africa had a poor track record on mental health. Mental illness long carried a stigma that made treatment even more challenging. As was true around the world, pandemic-driven job losses, lockdowns, and isolation deepened and broadened mental problems.

Thanks in part to the poor landline infrastructure, cellphones have spread widely in recent years. In some countries, there are now more cellphones than people. Across the continent, mental health technology startups bring care to patients who would previously have had to visit clinics. Much of the continent is sparsely populated, meaning no localized psychiatric services. According to The Lancet article, during the pandemic, “telehealth service providers have rapidly scaled offerings and are seeing 50 to 175 times the patients via telehealth than they did before the pandemic.”

I know from personal experience how remarkable this digital revolution is in Africa. In the 1980s, I was a financial economist focused on Sub-Saharan Africa. In 1983, I visited Lagos, Nigeria and stayed in the fashionable apartment of our bank’s manager. One evening, I was to be alone in the apartment. My host handed me a walkie-talkie and told me that if there were a home invasion—not unusual in Lagos in those times—that I should turn the device to a particular channel and ask the U.S. Marines at the American Embassy to come and get me.

Why a walkie-talkie? Because cell phones did not exist, and the bank had been waiting four years to get a landline installed—in an apartment whose rent was $50,000 per year ($132,000 in today’s dollars). A year later, I was in a cabin on the shore of Lake Malawi, with the knowledge that no one in America knew where I was and that there was no way to tell anyone. In the city, I could manage perhaps one five-minute phone call per week, to my office, at great expense, if a line out of the country happened to be available.

In the past 25 years, cellphone access has helped to lift millions out of abject poverty. (For example, farmers can use their phones to seek better prices for their products. And they can track storms to optimize harvest times.) Now, we’ll see to what extent those same technologies can help lift the continent out of sickness, as well.