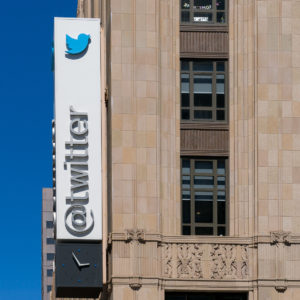 Free Our Internet is a nonprofit advocacy group that seeks to educate people about alleged left-wing bias in the tech industry. The group argued in its letter that the task force is needed to investigate credible violent threats against policymakers made on social media.

The letter called for a joint task force between the Department of Homeland Security (DHS) and the Federal Bureau of Investigation (FBI) to investigate those threats. The letter was sent to congressional committees with jurisdiction over those agencies.

“On platforms like Twitter and Facebook, a systemic problem is erupting that is challenging the very bedrock of our democratic process,” the letter states. “Hiding behind the anonymity of these web platforms, some users feel emboldened to escalate speech to direct threats of violence, more recently targeting elected officials and regulators.” 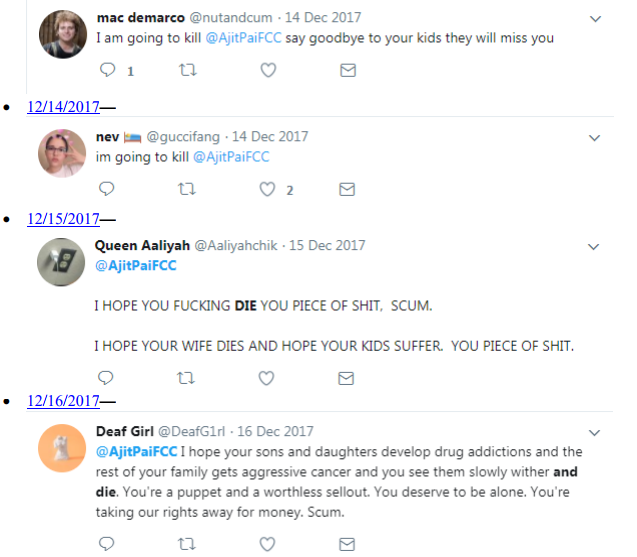 Federal Communications Commission Chairman Ajit Pai recently became the target of online threats for his efforts to roll back heavy-handed Title II regulation of the internet. The agency website and social media accounts were flooded with comments from supporters of the policy. But analyses have shown many of the nearly 22 million comments were fake. Other comments were death threats.

“Chairman Pai faced thousands of death threats on Twitter and Facebook, including threats to his family,” the letter stated. “Furthermore, these social media platforms often serve as the means for organizing physical acts of harassment or facilitating threats.”

The letter also highlighted specific instances in which online threats occurred. Chairman Pai even had to cancel an  appearance at the International Consumer Electronics Show because of death threats. He had planned to speak on a panel during the show earlier this year.

Activists have gone so far as to take pictures of the inside of Pai’s home, going up to the windows and harassing his children, aged five and three.

The letter also notes the tech industry companies have proven themselves incapable or unwilling to handle the problem.  Free Our Internet sent an earlier letter late last year to Twitter, calling attention to the alleged violence, harassment, and racism against the chairman on their platform. Twitter, the new letter states, didn’t respond.