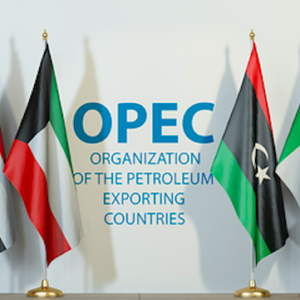 The United States is producing so much oil that OPEC — the Organization of Petroleum Exporting Countries — is having to produce less. In order to keep prices artificially high — by manufacturing scarcity.

OPEC recently announced in Vienna that its members would cut daily production by an additional 500,000 barrels. This follows previous production cuts designed to make up for U.S. production increases. The total dial-back so far amounts to an astounding 1.7 million barrels daily in spite of increased world demand for oil.

But that has been offset by a development that has turned the world upside down. Or at least, turned the tables. On OPEC.

Some will recall the energy crisis of the early 1970s. It was a result of politically manufactured scarcity. OPEC dialed back production to punish the United States for its policies in the Middle East. And because the United States imported a great deal of oil from OPEC countries in those days, the effect on oil and gas prices in the United States was immediate. And catastrophic.

The price of oil more than tripled in less than 12 months, from the beginning of the embargo in October of 1973 to early spring 1974. This affected everything from the cost of heating a home with fuel oil to filling up a car with regular. It  devastated the U.S. car industry, which at the time mostly made large — and thirsty — cars powered by big V8s. And gave an artificial competitive advantage to import brands like Honda, Toyota and Datsun (Nissan today) that specialized in small, economical cars.

It’s arguable that the energy scarcity manufactured by OPEC was the cause of the stagflation (stagnation and inflation) of the 1970s, which propelled a sweater-wearing Jimmy Carter into the presidency and gave Americans double-digit interest rates and diminished expectations.

But there was always plenty of oil.

The surprise is that there’s plenty of oil here. Enough oil to render OPEC an irrelevance — or at least, toothless. Americans were told this was impossible; that the United States had already consumed most of the oil underneath the United States. That we had reached “peak” oil.

It turns out there was a great deal more oil available here; it just hadn’t been accessed. In part because recovery technology that’s available today didn’t exist in the ’70s. But also because of the policies of President Trump, who turned the spigot on.

Virtually no news coverage has been given to the fact that the United States is now the world’s largest producer of oil, largely because of the president’s policies that have encouraged domestic production and therefore doesn’t need to import OPEC’s oil.

And there is even better news, also under-reported: The United States is now a net exporter of oil.

While the president hasn’t made much progress on the wall, he has delivered on his campaign promise to make America energy independent. It is a stupendous achievement — one Americans are reaping the benefits of every time they pull up to the pump. The current price of a gallon of unleaded — about $2.30 nationally — is lower (in inflation-adjusted terms) than it was in the spring of 1974, by which time the OPEC embargo had pushed the price of regular to 55 cents per gallon on average, the equivalent, in today’s dollars of $3.04 per gallon.

It’s actually more than that, too, because federal and state motor fuels taxes were lower in the early ’70s than they are today. The federal gas tax alone is currently 18.4 cents per gallon on gas (24.4 cents on diesel). In 1973, the federal gas tax was only 4 cents per gallon, and state/local taxes were similarly lower. Thus, the actual price of gas — sans the taxes — is much lower today than it was back in 1974.

And it’s not just gas.

Everything made with oil or which uses fuel (including commercial transport) is cheaper than it otherwise would be if the United States were still dependent on the not-so-good graces of OPEC.

It’s probably true that the Trump Boom — and record low unemployment — is as much a function of America becoming energy independent as it was the case that the bell bottom blues of the ’70s were a consequence of OPEC’s chokehold on the American economy via its ability to artificially impose energy scarcity.

OPEC’s attempt to revisit history has bumped up the world price of oil to just under $60 per barrel (as of Dec. 12) but that’s still well below the $72.45 (in inflation-adjusted dollars) that oil was trading for back in ’74.

If Americans knew more about all of this, they’d probably care a lot less about the impeachment circus currently under way. Which probably explains why they aren’t being told about it by most of the media. Which seems to want a return to the bell bottom ’70s — stagflation and all.