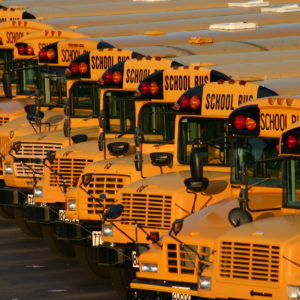 How Open Enrollment Could Unblock the School Choice Logjam

Open enrollment, or policies that permit school systems to enroll students living anywhere in their state including outside district boundaries, is one of the most prevalent and least debated forms of school choice in the United States. Most states permit at least some form of open enrollment and a number have tens of thousands of students that choose to attend schools outside of the boundaries of the districts they reside in. However, the policy’s relatively low profile has led to scenarios in some states in which implementation is patchy, and some advocates say that reforms would further enhance parental choice while also improving student outcomes.

The Thomas B. Fordham Institute, a right-leaning education think tank with branches in Ohio and Washington D.C., released a study on open enrollment in the Buckeye State earlier this month. Ohio has a voluntary open enrollment program, meaning that districts decide every year to opt in or out of the system that allows them to enroll out-of-district students. In addition to reviewing which districts and what kinds of students take advantage of the program, the study also uncovered modest academic gains for some students participating in this form of public school choice.

According to the researchers, over 72,000 students in Ohio attend public schools outside of the district they reside in every year. Overall these students tend to come from more affluent families, are more likely to be white, and are less likely to have learning disabilities than the state average—despite the findings that black students benefit the most from open enrollment, according to the study. The researchers found that open enrollment is most prevalent in rural districts with lower enrollments, while wealthy suburban districts are most likely to opt-out of the voluntary program.

In the forward to the study, Chad Aldis and Aaron Churchill, who are both of the Fordham Institute but are not the report’s primary authors, blasted these suburban districts for refusing to take in the predominantly poorer and minority-heavy student populations that reside in the state’s urban centers. The Fordham representatives questioned whether a public school system is truly public if it refuses to accept all-comers.

“It’s painful to speculate about how many residents of those privileged enclaves are outraged by President Trump’s proposed border wall even as they turn a blind eye to the walls in their own backyard,” reads the report’s forward.

Deeper in the report, the academics that reviewed the Ohio Education Department data, Deven Carlson of the University of Oklahoma and Stephane Lavertu at The Ohio State University, hinted at the thought processes that would lead suburban districts to refuse students from urban centers like Cleveland or Cincinnati. In Ohio, when a district accepts a student who resides in a different district, it generally receives only about $6,000 in additional funds from the state, meaning that if the marginal cost of educating an out-of-district student exceeds that figure, the difference must be made up by local in-district taxpayers.

The researchers speculated that while the additional marginal cost of educating new students is often manageable for rural districts with low baseline enrollment numbers and empty seats, the cost of the program could be creating a significant political and economic barrier to open enrollment in the wealthy suburban districts accustomed to spending higher-than-average dollar amounts on their students.

Because of where the non-participatory districts are clustered, minority students are less likely to take advantage of Ohio’s open enrollment opportunities. Nonetheless, the researchers found that black students in particular benefited the most when permitted an opportunity to avail themselves of this kind of school choice.

In particular, black students taking part in the program moved up an average of ten percentiles in reading and math scores in their new schools, which is considered a significant increase in achievement among education policy researchers. Overall, the researchers found “zero to modestly improved academic gains” among all students consistently taking advantage of open enrollment in the state. While not spectacular, these top-line findings outpace those of other recently released studies in other states on other kinds of school choice initiatives, such as vouchers, which have been shown to hurt participating students’ academic performance in some settings.

Notably, neither the “receiving” nor “sending” school district is required to provide additional transportation accommodations for open enrollment students in Ohio, so it is unclear if the system already self-selects for certain types of families that are likely to make a greater financial or logistical effort to get their children in the best available schools. Furthermore, even fully open districts are permitted to reject students that have served long suspensions or have been expelled from public schools, and many set de facto caps on how many open enrollment students they take, which could theoretically further skew the report’s findings at its margins.

As proposed initiatives to promote school choice from Washington under the new administration have hit some turbulence—including from some on the right—an emphasis on open enrollment could, in theory, serve as a bridge to acclimatize the public and advocacy groups to the concept of school choice. Because the policy only shifts around dollars and students among public schools while still expanding parental options, fully baked state-level open enrollment policies would arguably satisfy the new administration’s priorities without upsetting the interest groups devoted to protecting public schools.