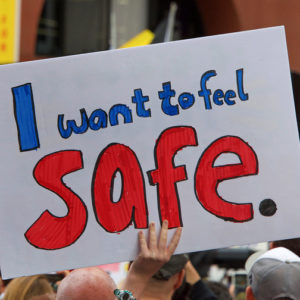 Since the horrific mass shooting in Uvalde, Texas, nationwide calls for stronger gun control have intensified. On May 30, you told reporters that popular legislative proposals like an assault weapons ban and stricter background checks are up to Congress, saying, “I can’t dictate this stuff.”

This is true. But now that Congress has passed and you have signed the bipartisan Safer Communities Act, it’s clear how much remains to be done to prevent gun violence. What you as president can dictate are executive branch gun-control measures. None of the following actions require new laws from Congress. They are either grounded in your statutory enforcement responsibilities as head of the executive branch or in the authority delegated to the executive branch by previous acts of Congress.

We strongly urge you to take every action you can under the law. The inability to solve the problem alone is no excuse for failing to do everything you can to prevent needless deaths.

We urge you to:

—Close all loopholes to ensure guns do not fall into the wrong hands. You can direct the Justice Department to close the “Charleston loophole,” which enables people to buy firearms if their background check is not complete within three days; the “fire sale loophole,” which allows individuals to sell guns as private sellers even after losing their business licenses; and the Trump-era “fugitives from justice” loophole, which allows more individuals with outstanding arrest warrants to purchase weapons. This is well within the authority of the Bureau of Alcohol, Tobacco, Firearms and Explosives — though the scarcity of resources remains a serious obstacle you should address in future budget requests.

—Create a White House Office of Gun Violence Prevention. This office could oversee federal efforts to address gun violence and collaborate with a newly appointed coordinator of gun violence prevention within the Department of Health and Human Services. Manuel Oliver, the father of Parkland, Fla., school shooting victim Joaquin Oliver, interrupted your speech celebrating the passage of the Safer Communities Act to ask you to do precisely this, before he was escorted off the premises. If you agree with him that we have to do more, this is an obvious next step.

—Make all pertinent gun data public and easily accessible. Your administration should provide detailed information on gun deaths and injuries across the country and issue annual reports of legal violations by gun dealers, distributors and manufacturers.

—Direct the attorney general to investigate the National Rifle Association. Over the last three years, the scope of the NRA’s financial misconduct and abuse of its non-profit status has come into a clearer view. You can direct the attorney general to investigate corrupt business practices with banks and third-party vendors at 501(c)(4)s, including but not limited to the NRA.

Though stringently executing existing law is insufficient to solve this crisis, it is more than is being done now. Every single life you can save by using the tools available to you to their fullest extent is worth fighting for.

Max Moran is the research director of the personnel team with the Revolving Door Project at the Center for Economic and Policy Research. He wrote this for InsideSources.com.

Hannah Story Brown is a researcher with the Revolving Door Project. She wrote this for InsideSources.com.