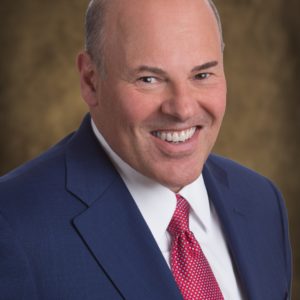 There is fear that you’ve been appointed postmaster general (congratulations, by the way) to downsize and privatize the post office. I’m here to plead for the post office. It is a great institution and — yes, yes, yes — incredibly efficient.

How can I say that when for generations it’s been the butt of jokes, a standard applause line when denounced by politicians as an example of government run amok?

For 33 years, I published professional newsletters in Washington. The champion in my stable was The Energy Daily. Its success — and it was very successful in the 33 years from its founding until I sold it — depended on the absolute reliability of first-class letter service from the post office.

Every evening we mailed the paper in a No. 10 envelope at a post office in the Washington area. Every morning, I received one in my mailbox in The Plains, Va., 50 miles southwest of District. It was extraordinary. So, too, was its delivery across the country.

Not only did we deliver subscribers their copies by first-class mail, but we also did all the promotion the same way. Over the years we mailed hundreds of thousands of first-class sales letters, and it paid off.

Even now, in the internet age, mail is more trusted and taken more seriously. The head of a large cancer charity told me it still relies on mail solicitations for most of its fundraising: It raises $15 million a year through it.

Years ago, the president of a large, mid-Atlantic electric utility told me, “The post office is one of the most efficient organizations in the country. Every month we mail more than a million bills, and they all get delivered.” So, I asked, why it is cited as an example of why the government can’t do anything right? He answered, “Have you heard about the alligators in the New York sewers?”

President Trump — to whom you, Mr. DeJoy, have made financial campaign contributions of more than $2 million (a mail carrier earns just over $45,00 a year) — wants to see the post office punished; presumably because it has a contract to deliver for Amazon whose CEO Jeff Bezos, the richest man in the country, owns The Washington Post, which isn’t kind to Trump.

Now, I’ll agree, that the post office must stop losing so much money. Those first-class letters are few, shredding revenues. The package business is the future.

But the problem is, as much as anything, micromanagement from Congress.

When I lived in The Plains, there were a dozen nearby post offices: rural ones, close together, serving few people. Democratic and Republican congressmen get overly attached to their local post offices and fight their closure, even when it is clear there should be consolidation.

Likewise, Saturday delivery; for reasons long forgotten, six-day-a-week delivery has become sacred. A private company would stop that on day one.

Besides, you can understand the attachment to your local post office: It is part of the community. You get and send mail there, maybe buy some stamps, and catch up on the gossip — postmasters know everything.

People don’t hang out at the FedEx office. Remember that. You damage the post office and you take away something from American life.

Also, what corporation would support rural delivery? The rural electric cooperatives were created as a part of FDR’s New Deal because there was no other way the farms would be electrified. Even in this day and age, there is little broadband availability in rural America because it doesn’t pay to lay the cable. What will happen to the mail?

Here is a true story about the post office in The Plains.

A stray village dog, well-fed and well-known as Downtown Brown, became attached to the post office. He decided he owned it and barred people he didn’t like from entering. Downtown Brown had to be rusticated to a farm so that the people of The Plains — population 238 — could once again use the post office.

Do be careful. You are stepping in to take control of something very American, since 1775. It has social value as well as being an innovator, from stagecoaches to airplanes to automated sorting.