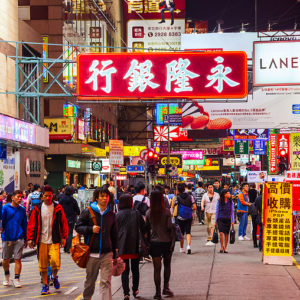 Opening the US to Hong Kongers Would Promote America’s Aims

Posted to Politics January 07, 2021 by Josh Smith and Tahra Jirari

On December 19, the Hong Kong People’s Freedom and Choice Act failed to advance in the Senate due to objections from Senator Ted Cruz. The bill would allow people in Hong Kong to claim refugee status in the United States if they’ve faced persecution for their political beliefs. It’s a disappointing failure because just 11 days prior, the bill unanimously passed the House. To underscore the seriousness of the situation Hong Kong political dissidents find themselves in, the day after the bill cleared the House, Agnes Chow, a pro-democracy activist, was denied bail for her role in reform protests in Hong Kong.

Providing refuge reaffirms America’s political values and rebuts infringements on fundamental rights that Americans cherish. This resolution would open avenues for pro-democracy activists like Chow to seek refuge in the United States.

China’s new national security law over Hong Kong has been dubbed by critics as “the end of Hong Kong” — and correctly so. The law targets dissent from the Chinese Communist Party (CCP). Before the new security law was passed, Hong Kong’s residents enjoyed freedoms similar to those Americans enjoy. Samuel Chu, Managing Director of Hong Kong Democracy Council, says the new law means that “the CCP alone will serve as the spy, police, judge, warden, and executioner – all in one.”

Both Americans and Hong Kongers understand how vital the inalienable right of freedom of expression is for a well-functioning government. People around the world who are concerned about the rise of illiberal regimes like China, giving the residents of Hong Kong and their families a home in the US would draw a firm line in the sand, solidifying what rights governments must respect.

Bills like the recently-passed House effort for Hong Kongers can also be defended on purely selfish grounds — grounds that put America first. Because immigration creates economic benefits that power the US economy, giving Hong Kong’s downtrodden a new home in our country can also aid in the recovery from the COVID-19-induced economic downturn.

For example, the bill includes 250,000 refugee visas for Hong Kong workers. Along with special considerations for those with graduate degrees and business owners. A move such as this grants America a leg-up in the ongoing competition for skilled workers. This influx of workers would create job opportunities and new entrepreneurial ideas, which could signal an economic boom.

Representative Tom Malinowski said it well, Hong Kong’s people are responsible for its economic vitality. So let them come to the United States and “contribute to our vitality.” This can only be seen as a gain for American democracy.

This is not just a humanitarian play, but an economic advantage against China. Per person, Hong Kong’s economic production is not far behind ours, according to the World Bank. Not only would we allow those into our country who share the same patriotic values, but we would be attracting incredible strength into our own economy.

Hong Kong’s strategic position as a leading global financial center is also important. For decades, a number of Chinese companies have taken advantage of Hong Kong due to China’s “One Country, Two Systems” governing approach granting Hong Kong liberties that the mainland does not have, such as judicial independence and freedom of expression. This is necessary to support global trade as it gives global investors faith in Hong Kong’s economy. Those protections draw in sizable foreign investment money from investors who would otherwise be skeptical of China. Reuters reported in May that more than 60 percent of foreign investments in and out of China are channeled through Hong Kong.

Other countries see the same opportunity in opening their doors to the people of Hong Kong. For example, the United Kingdom pledged to take in three million Hong Kongers. Both of these moves promote the global strength of our shared values and the economies of countries that accept refugees.

As Senate Majority leader Mitch McConnell pointed out, the United States has a rich heritage of “standing as a beacon of light” to refugees from war and communism. Opening our doors to the people in Hong Kong who face retribution for their pro-democracy views is a vital way for the U.S. to honor its own values.

Josh Smith is a Research Manager and Tahra Jirari is a Communications Associate for the Center for Growth and Opportunity at Utah State University. They wrote this for InsideSources.com.