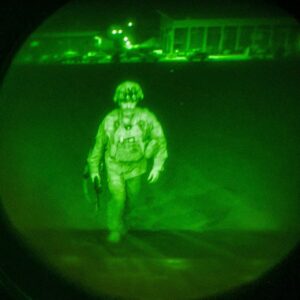 Operations in Afghanistan Are Over; Let’s Get On With the “AAR”

President Joe Biden would like us to believe we are now post-war in Afghanistan. In all likelihood, we are merely pausing before a much harder future operation. There are more than a few things we need to know. After all, Biden will lead our military for at least three more years.

Early in the evacuation process, Chairman of the Joint Chiefs of Staff, Army Gen. Mark Milley admonished the Pentagon press corps, “(t)here will be plenty of time to do AARs (Army-speak for after action reviews), but right now our mission is to secure that airfield, defend that airfield, and evacuate all those who have been faithful to us.”

We no longer have a presence at the airfield, and we did not evacuate all the faithful.

Let’s get on with the AAR anyway.

So, what do we know? In the evacuation operation, 12 Marines, one Navy sailor, and one Army soldier were killed at the Kabul Airport by terrorists of one stripe or another. We know an indeterminate number of Americans and Afghan allies were left stranded due to a Biden-imposed deadline. No one can dispute these facts.

What do we not know?

Since proclaiming she was the last one in the room when Biden decided to leave Afghanistan, Vice President Kamala Harris’ role is a complete mystery. We need to hear unequivocally her understanding of the plan. Why? Someday soon she may be president.

Biden described his decision as being based on a consensus of advisors’ recommendations. No one apparently dissented. We cannot take his word on that.

Let’s do a roll call of senior officials.

We need to know the personal recommendations of Austin, Milley, Sullivan, Harris, and perhaps most importantly, Marine Gen. Kenneth F. McKenzie, Jr., commander of U.S. Central Command. It also is worth hearing from the leaders of the intelligence agencies and other military commanders on the ground. They must answer such questions under oath in the full light of public hearings.

On July 8, Biden said in a question and answer with reporters:

“Q:  Mr. President, thank you very much. Your own intelligence community has assessed that the Afghan government will likely collapse.

“THE PRESIDENT:  That is not true.”

We need to hear from the actual analysts who may have suggested to Biden that such an outcome was “not true.” If the premise of the question on July 8 was correct, someone in the intelligence community had a very different view from Biden and no one can say it is Monday morning quarterbacking.

Americans need to know what changed from the time Biden promised to get all Americans out and the actual departure with his, perhaps self-serving, figure of 90 percent of Americans (later the White House changed the transcript of Biden’s comments to read “ninety-eight” percent).

Did Biden ask then-Afghan President Ashraf Ghani during a phone call July 23 to lie when he said, “….And there is a need, whether it is true or not, there is a need to project a different picture,” about the need to change what Biden called a perception problem?

More importantly, did Biden misrepresent to the American public what he knew to be untrue when he uttered, “the likelihood there’s going to be the Taliban overrunning everything and owning the whole country is highly unlikely.” Discussing the phone call is obviously important since that exact scenario played out.

Who advised Biden that evacuating the military before removing Americans (and others) was the best course of action? Knowing this answer will help evaluate the fitness to serve of everyone involved in the decision.

Who did we kill, precisely, in the drone strike that occurred days after our servicemembers were killed?  We need more than the vague  “planner and facilitator” that was described by Army Maj. Gen. Hank Taylor at a Pentagon press briefing. Why? We need to know what role the White House played in target selection and what value the targets represented.

Other issues we need to know about include the expectations for women in Afghanistan now and the discussions about it; the danger Al-Qaeda now poses for the U.S.; the status of the individuals we evacuated and where they will end up after leaving U.S. military installations and many more questions.