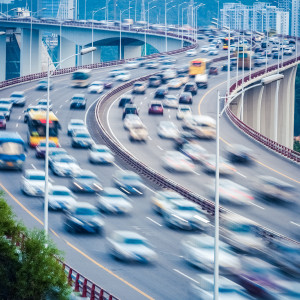 Most politicians and transportation interest groups claim that America’s infrastructure is in bad shape. At a recent House Ways and Means Committee hearing, Chairman Paul Ryan, R-Wis., said our roads and bridges are in “a sorry state.” At the same hearing Bill Graves, president and CEO of the American Trucking Associations, reported, “Two-thirds of highways are in poor or mediocre condition.”

These statements are reinforced every time we drive over a pothole on the way to work. So it’s no surprise that many people think most roads in the United States are of poor quality. However, government statistics tell a different story. U.S. roads and bridges are not falling apart.

Each year state transportation agencies provide the federal government with comprehensive data on highway and bridge conditions. Highway quality is measured by a surface roughness index. The lower the index score, the better the quality of the road. Roads with index scores below 95 are considered to be in good condition, while higher index scores below 170 are acceptable.

The most recent data on highway quality is for the year 2012. The percentage of urban highways classified as either good or acceptable was about 80 percent in 2012, down about 5 percentage points from 10 years earlier. Some of the decline may reflect a postponement of maintenance during the great recession.

Almost 97 percent of rural highways were classified as either good or acceptable in 2012. This is about the same as 10 years earlier. Even with the recent quality drop for urban highways, a high percentage of our highways are in good or acceptable condition.

These figures mask the variation in road quality across states. For example, in 2012, almost 80 percent of Georgia’s urban highways were in good condition—the highest in the country—while about 15 percent of California’s urban highways were in good condition—the lowest in the country. Obviously, highway usage, weather conditions, and the quality of transportation agencies influence these figures. Using state-level quality figures, there is no statistical change in average urban and rural road quality over the 10-year period.

Taking a longer-term perspective, economists at the Federal Reserve Bank of Chicago examined the quality of the interstate highway system for the period from 1980 to 2006. Using surface roughness index data provided by the government, they find the system’s road surface has become smoother and less deteriorated since the mid-1990s.

Transportation agencies report bridges as either structurally deficient or functionally obsolete. A structurally deficient bridge is not considered unsafe, but it does imply a potential reduction in its load-carrying capacity and requires maintenance. A functionally obsolete bridge does not mean it fails to meet current design standards. It may simply mean that traffic flows over the bridge are more than expected.

The quality of bridges in the United States has improved. Using the most recent data, in 2014, 4.2 percent of bridges were classified as structurally deficient, down from 5.7 percent 10 years earlier. There has been little change in the percentage of functionally obsolete bridges over this time span.

If you Google “crumbling highways and bridges” you get quite a few hits. Yet government statistics suggest that our transportation infrastructure is not in bad shape. People’s personal experience partly explains the divergence between hype and reality. Another reason is that our elected officials in Washington can capture votes by sending gasoline tax dollars home. They have much to gain by pushing the idea that our highways and bridges are falling apart.