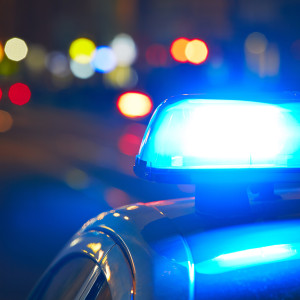 Most Americans probably don’t know how often their taxpayer dollars go to private interests that in no way benefit the public. For example, taxpayers in Phoenix paid law enforcement officials $2 million for nearly 2,000 hours of union work — not for protecting the public — over a two-year period.

Thankfully, that practice ended this summer, but only in Phoenix. States across the country suffer from this kind of taxpayer giveaway to private interests, specifically unions, and it’s time that we start doing something about it.

On Aug. 11, the Arizona Appeals Court held that release time violated the Arizona state constitution’s “Gift Clause,” which prohibits use of public funds to benefit private parties. The implication of the ruling was simple — police are being paid to protect the public’s safety, not work on union activities.

“Release time provisions do not require that officers in the full-time release positions perform any specific duties,” stated the judge’s ruling. “The city’s expenditure for the release time was grossly disproportionate to what it received in return, given the lack of obligation imposed on PLEA.”

This court win in Arizona should embolden residents of other states to challenge similar wasteful expenditures. Release time is common from coast to coast in many states, as well as in the federal government, where it costs American taxpayers at least $155 million annually, plus there is no accurate accounting for such time.

Fortunately, nearly every state constitution contains a Gift Clause similar to that in Arizona, which can help address the widespread doling out of public funds for private benefit. And what is even more interesting is my organization, the Competitive Enterprise Institute, recently revealed through public records requests, many state and local governments inappropriately provide government unions with release time, in violation of state constitutions’ Gift Clauses.

For example, in Texas, the City of Austin’s Police, Fire and Emergency Medical Services were granted a cumulative total of more than 27,000 hours of release time in FY 2012 and 2013, costing taxpayers’ nearly a $1 million. Even Austin fire union President Bob Nicks disagrees with the practice. Instead of fighting fires, Nicks collects a six-figure salary and performs union duties 100 percent of the time. “I’ve been fighting to be put back to work at our fire department,” he says. “The chief wouldn’t allow it. How much they have fought against me was crazy.”

In Maryland, in 2011-2012, nine school districts awarded 973.8 days of union release time, the equivalent of nearly 5.5 full school years taken up each year for performance of union duties. It is unlikely taxpayers would support teachers performing union activities instead of educating young minds.

Missouri government employers also use public funds for private union activities, but our public records requests for release time data were commonly rejected or cost a prohibitive amount to obtain. The Missouri Department of Corrections requested more than $20,000 for release time records. CEI did obtain some records, though, that showed much of the release time was used to engage in political activity, including lobbying and protesting a proposed Right to Work law — a law supported by a majority of Missourians. Still, this lack of transparency about the union subsidy should concern citizens who want to know where their tax dollars are going.

Like Arizona, many states have a Gift Clause that can help citizens end the outrageous practice of paying government employees to conduct union business. Taxes should pay for public services, not special interests. No private party should benefit from public funds — especially not partisan government unions — for lobbying for more pay and benefits for only a small percentage of workers at the public’s expense.