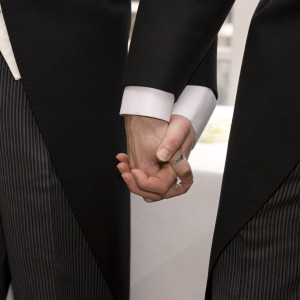 Editor’s Note: This piece was partly written in response to a recent column from Bill Greener III.

The Episcopal Church’s recent approval of weddings for gay couples continues the rapid societal shift regarding marriage. Some welcome the change as long overdue, while others lament society’s regression into immorality.

Progressives make a seemingly compelling argument that traditional Christian belief is terribly inconsistent. For example, the church is inconsistent in its acceptance of some practices (divorce) while it rejects others (homosexuality). Christians conveniently ignore some Bible laws, e.g. that slavery is acceptable (Exodus 21:7), Sabbath-breaking is a capital offense (Exodus 35:2), and touching a pigskin makes one unclean (Leviticus 11:7-8). Yet they doggedly insist that homosexuality is a sin (Lev 18:22). Why such “cherry picking”?

The accusation sounds compelling. However, it is weak. Here’s why.

Admittedly, there are many inconsistent churches — those that reject gay marriage but are very permissive regarding divorce. But this inconsistency is not universal. I do not marry previously divorced people; nor does our church permit divorced people in its leadership. We do this because we are making our best effort to be consistent in obeying what Jesus instructs us in the New Testament. We plead innocence against the charge of inconsistency.

Some churches permit divorce and remarriage because of the exception clause in Matthew’s gospel (5:32). They are also innocent of inconsistency because they do not permit divorce or remarriage for just any reason. But no “exception” can be found anywhere in the Bible for homosexual activity. The Episcopal Church may be more “consistent” in its promotion of gay marriage to match its lax practice on divorce, but it is out of step with the plain teaching of the New Testament.

Even if there were universal inconsistency among churches on the divorce issue, lamentable though that would be, that would not necessarily mean that the church is wrong in every pronouncement it makes. We cannot use a failure in one area of church practice to justify denouncing everything that it says — not if we want to retain some semblance of logic. Besides, the ultimate “authority” in such religious matters is not the people of the church anyway — it is the Bible.

A related claim is that Christians don’t take some laws seriously (like Sabbath breaking or slavery laws), but they are dogmatic about the homosexuality teachings. But this claim demonstrates a very basic misunderstanding of the overall plot of the Bible.

Many progressives have not read the Bible well enough to understand three basic facts.

Second, God is free to change the terms and conditions under which his people live, and he in fact did so 2,000 years ago when Jesus died and rose again.

Third, the New Testament explicitly and repeatedly states that followers of Jesus are not under the regulatory force of the Jewish law (Romans6:14, 1 Corinthians 9:20, Galatians 5:18).

For these reasons, it is a bad argument to charge Christians with inconsistency since the Bible clearly says that the church is not obligated to keep the Sabbath or dietary laws, etc. A careful reading of the Bible will shed light upon many such supposed inconsistencies, including the role of women in the church, slavery, and others that we cannot detail here.

What about the prohibition of homosexual intercourse in Leviticus 18:22 — is that cancelled? Traditional Christians understand this prohibitionis in force today, but not because of the Jewish law per se. It is because many Bible passages reveal the timeless, cross-cultural divine principle of sexual purity in the context of man-woman marriage — which is reiterated in the New Testament (Matthew 19:5-6, 1 Timothy 1:10).

A plain, simple reading of the Bible indicates that homosexual desires and practices are wrong at all times and places. The church does well to stand up for this truth. But the church must be consistent and also proclaim the truths that adultery and fornication are wrong, idolatry and thievery are wrong, greed and drunkenness are wrong, and divorce is wrong.

Still, Christians ought not to single out homosexuality for special opprobrium; it is just one of many ways by which we all go astray from the will of God. The Christian message does not emphasize hateful exclusion or condemnation, but rather loving salvation. The church is a place that loves and accepts all people: not to remain as they are, but to help them become followers of Jesus and his New Testament teaching. No matter what our sins are, Jesus Christ loves us, took our moral failures upon himself in his death, and rose again so we could live apart from immorality, and yes, inconsistency.

Matthew Postiff is an ordained minister who received a doctorate in computer engineering from the University of Michigan and master’s degrees in divinity and theology from Detroit Baptist Theological Seminary. He is pastor of Fellowship Bible Church in Ann Arbor, Michigan (www.fbcaa.org).