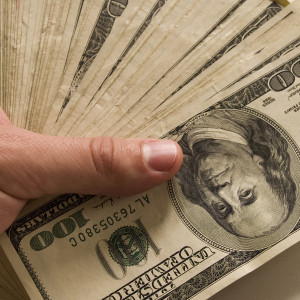 The right to cast a ballot in an election may seem like the one opportunity you and I have to speak our minds in American politics. Yes, we have the guaranteed First-Amendment right to free speech, but as that same right is interpreted to include spending money in support of a candidate or cause, the wealthy can drown out other voices.

The rich are poised to give more money in 2016 than ever before, but we common men, too, may have a unique influence as we move toward electing a new president.

The New York Times reported recently that Hillary Clinton is working to assemble a group of Democratic donors to give $5 million to $10 million each to support her campaign. Republicans also have a vast network of donors poised to give millions.

Wealthy donors have had the power to help determine elections for generations. America’s Gilded Age brought about a new level of interest as industrialists like Andrew Carnegie, John D. Rockefeller, and J.P. Morgan worked to ensure the victory of William McKinley over the populist, rabble-rouser William Jennings Bryan. Out of this era came Congressional efforts to limit the power of corporations and the wealthy. More reforms came after Watergate.

While it could be argued that this evened the playing field by setting limits to individual donations and regulating outside advocacy groups, it also placed limits on the conversation. The two political parties gained a monopoly over the debate. We had a time of calm in American politics. The 2010 Citizens United decision by the Supreme Court brought a new era with many more competing interests. It was a ruling that restored our right as Americans to give voice to whatever causes we choose—even if those don’t fit the agenda of party elders. When more voices have the power to speak, more turmoil arises within the parties and government as a whole.

That’s not to say this is an ideal system. Freedom often presents confounding unpleasantries. We’ve made a tradeoff – from the parties having control over the agenda to the wealthy having disproportionate influence. The wealthy can choose what organizations to fund and, in turn, what issues to debate, which candidates to back, where to invest, and what tone to instill.

The rich will inevitably always have more power than the average American, but a new web platform serves to democratize the funding of political organizations and give average people the ability to make those same choices that are afforded to billionaires as they fund their candidates and causes.

Citizen Super PAC is the Kickstarter of politics. While the popular website Kickstarter allows users to “crowdfund” movies, games, art, and other projects, Citizen Super PAC funds political advertisements, and it is set up to legally comply with federal election rules. Potential super PAC donors, which is now anyone with $5 to spare, can check out projects at www.citizensuperpac.com. If one finds a project that he or she believes is the right message to promote, they can pledge any amount to have it air on television. Their credit card is only charged if a project meets a minimum threshold.

“It puts the political dialogue into the hands of ordinary Americans who typically are either priced out of the political process or can’t have direct control over what political organizations do with their money,” says Ron Steslow, one of the founders. Average donors may prefer different candidates or causes than the wealthy. Maybe they like edgier messaging. They choose what to fund.

The site is currently focused on the presidential campaign, but the plan is to expand to cover all federal, state, and even local races. For at least the 2016 cycle, it will only be available to Republicans. Steslow runs a technology firm serving Republican campaigns, and Citizen Super PAC’s other founder, Chris Gober, is former general counsel for the Republican National Committee. They won’t rule out allowing their site to fund Democrats, but in 2016, they say, Citizen Super PAC is an opportunity for the GOP to make gains after years lagging behind Democrats on technology. Similar platforms are still lacking on the Democratic side.

Gober notes that there is typically a high barrier to entry for funding a super PAC. If you don’t have millions to spare, they won’t pay much attention to you. But that’s about to change.

The rich will continue to hold the most sway over the messages heard during an election, but at least new opportunities are emerging for the rest of us to have our voices heard.