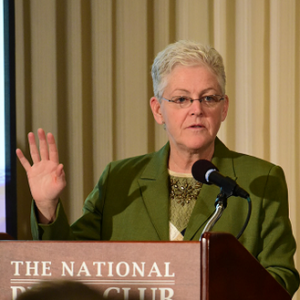 Opinion: How Regulators Are Undermining Democracy

Posted to Energy June 03, 2015 by Sherzod Abdukadirov and James Broughel

The Environmental Protection Agency and the Army Corps of Engineers recently finalized a regulation that redefines the scope of the agencies’ power over waterways in the United States. This comes on the heels of a report by The New York Times about a controversial campaign launched by the EPA to drum up support for the new water regulation by collaborating with non-governmental groups such as the Sierra Club.

Together, they launched a campaign urging the public to submit comments in support of the regulation. The EPA administrator would later cite these public submissions as evidence that the regulation is popular among the American public, conveniently leaving out how the EPA employed electioneering-like tactics to foster the submissions.

While the legality of these actions has yet to be determined, the EPA has damaged the agency’s reputation as an “honest broker” that seeks to represent the interests of all Americans and not just those who support its policies. The incident also highlights the way in which regulatory agencies are able to subvert the system of checks and balances that was designed to keep them accountable to the American public.

The public commenting process, a critical component of rulemaking, was put in place so agencies have the opportunity to receive feedback from the public. It provides affected parties an opportunity to raise concerns they might have over a proposed regulation, and agencies are required to respond to these concerns. The EPA’s use of the commenting process to generate support for its regulations defeats the very purpose of the procedure.

By drowning out any comments with concerns, it denies those who disagree with the EPA an opportunity to have a true voice in the debate. The EPA’s actions clearly violate the spirit of the notice and commenting process, which is supposed to ensure a voice for all Americans, regardless of wealth, political connections, or how favorable their views are with those in power.

Even more alarming is that regulators avoid public scrutiny and accountability by circumventing the regulatory process altogether. Through so-called “stealth regulations,” agencies can produce effects almost identical to traditional regulations, forgoing requirements to take comments from the public or to produce economic or scientific evidence to explain an agency’s actions.

For example, agencies can post policy memos and guidance documents on their websites, often without taking comments from the public. Regulated individuals and businesses may feel they have no choice but to comply with these agency directives, since most people lack the energy or resources required to fight back if an agency targets them with threats of enforcement.

A recent immigration overhaul by the Department of Homeland Security came in the form of a series of memos posted online. The DHS avoided the notice and comment process before issuing the memos, leading to continuing legal troubles for the policies, including an Obama administration loss in federal appeals court recently. This debate is likely to drag on for months, if not years.

Social media further complicates the way agencies interact with the public. Online activities by agencies often come across like political campaigns, rather than sincere efforts to inform the public about substantive issues. Furthermore, they can be used as a form of stealth regulation because of the pressure these tactics apply to regulated persons.

For example, the director of the Consumer Financial Protection Bureau once announced an enforcement campaign targeting credit card companies from his Twitter account. The line between engaging the public and utilizing political techniques to further the agenda of regulators is rapidly blurring.

Democratically elected representatives in Congress can reign in this activity through stricter oversight of agencies, clearer procedures for quasi-regulatory actions like guidance documents, and even budget cuts. If the status quo prevails, agencies risk undermining the public trust in the regulatory process.