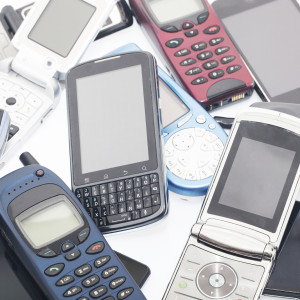 Opinion: Nation’s Poor to the FCC: “We’re Way Ahead of You.”

Last week the FCC adopted a proposal that, according to the agency, takes “significant steps to modernize its Lifeline program.” Lifeline is a 30 year-old telecommunications subsidy program for low-income households. After 30 years, you would think that the program has made a demonstrable impact on making “phone service affordable for low-income Americans,” as the FCC put it. You would be wrong.

As I think most American’s would agree, the FCC is right for caring about the poor, but the agency’s plan doesn’t put that care into action. Despite Chairman Wheeler’s statements to the contrary, as quoted in the National Journal, this isn’t a partisan issue. It’s an evidence issue.

Lifeline was adopted in 1985 and provided low-income households a discount on traditional telephone service until the late 2000s when wireless services were added. According to numerous academic studies, the program has fatal flaws: (1) It makes little if any impact on telephone subscribership for the poor; and (2) It fails to keep up with customers.

Why does Lifeline make no impact? The poor purchase service without the subsidy. In my home state of Florida, for example, in 2005, under the original program, about 90 percent of low-income households had telephone service, but less than 20 percent participated in Lifeline. One study found that people signing up for the subsidy almost always already had phone service.

Just two years later, low-income customers were abandoning traditional telephone service in droves and purchasing cellular service despite Lifeline applying only to traditional service: An updated Florida study found that 68 percent of those who appeared to qualify for Lifeline chose to have cellular instead of a landline phone, despite the fact that the subsidy did not apply to cellular. Also, the number of low-income households with a phone had dropped from 90 percent to less than 50 percent.

Why were poor households abandoning landlines and ignoring Lifeline? People participating in the study said they moved often, which meant costly connection fees. They also said cellular phones are more convenient and that it is easier to control access to cellular phones.

What was the FCC’s response to this rapid migration by the poor away from landline phones? The agency played catch up and began applying Lifeline subsidies to cellular service. But pouring new wine (cellular) into old wineskins (Lifeline) caused the program to burst at the seams with significant fraud and waste, all to apply a demonstrably ineffective subsidy scheme to a service that the poor had already found to be affordable.

To the FCC’s credit, the agency recognized the fraud and began patching the holes.  According to Wheeler, the program size tripled in the first four years that cellular service was added, but the agency was able to claw back about a third of that increase by tightening controls. As Commissioners Pai and O’Reilly point out in their dissenting statements, there is much to be done.

Now, without demonstrating that Lifeline actually does anything positive for the poor (as the GAO pointed out in its study “FCC Should Evaluate the Efficiency and Effectiveness of the Lifeline Program” released just three months ago), the FCC has decided to “modernize” the program by expanding it. How much it will be expanded is yet to be seen, but if history is any teacher the subsidy will be large and the benefits will accrue to someone besides the poor who want advanced telecommunications and cannot afford it.

What should the FCC do? Devote more radio spectrum resources to broadband. Poor customers have shown themselves to be just as talented as others in determining what communications services best fit their needs, and they are taking advantage of dynamic competitive markets just like everyone else. The primary need of these markets is more radio spectrum. This is particularly true for the poor since they have demonstrated a preference for mobile devices.