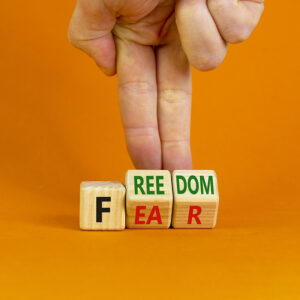 Opinion: Our Freedoms Are Under Attack

For another viewpoint, see “Opinion: On Independence Day, We Could Do Better.”

Recent headlines, from the January 6th Select Committee’s hearings to the Supreme Court rolling back the right to reproductive healthcare, profoundly implicate the freedom that many will celebrate this Independence Day.

Opponents of democracy — a system that works best when it empowers people to have an equal say in decisions that affect their futures — have waged a well-coordinated attack on it. Freedom must be fortified, it must be protected at the ballot box, and it must never be taken for granted.

Freedom faces threats on many fronts. On Jan. 6, 2021, the U.S. Capitol was attacked by a violent, racist mob bent on stopping the peaceful transfer of presidential power. It was an attack on a free and fair election. We learned this week in chilling sworn testimony that former-president Donald Trump not only assembled, inflamed and set loose the mob but he did it knowing that some in the crowd were carrying semi-automatic AR-15 rifles and Glock handguns.

Since the assault, legislatures in 19 states have embraced Trump’s election lies to pass 34 restrictive voting laws to make it harder for Americans — particularly in Black and Brown communities — to have a say in choosing their elected leaders.

Meanwhile, racial and partisan gerrymanders have seen politicians cherry-pick their voters. Rather than accurately reflecting population changes and ensuring fair representation, many maps were drawn for partisan political advantage, leaving millions without a voice in their own government.

Simultaneously, a Supreme Court supermajority ignored precedent to impose its ideological agenda on the nation while ruling regularly to favor the rights of politicians, corporations and those in power over reproductive rights, the rights of people of color, and everyday people. The court’s ruling in Dobbs, overturning Roe v. Wade, allows states to deny women and pregnant women the right to make decisions about their own bodies. Over the last decade, the Supreme Court issued a series of rulings undermining representative democracy — gutting the Voting Rights Act in Shelby County and ushering in unlimited special-interest money in Citizens United.

While some states have passed laws restricting voting, others have expanded voting access. Federally, the House has repeatedly passed bills to strengthen voting protections and set fair national voting standards. These bills, including the Freedom to Vote: John R. Lewis Act, have been blocked by Republican filibusters in the Senate.

Beyond legislation, we must continue to amplify truth and accountability. The January 6th Committee is performing an outstanding service for the nation. It has laid bare the months-long, multi-layered criminal conspiracy by Trump and his henchmen to overturn the 2020 election. The scope of what the committee has exposed is breathtaking, and the nation is taking notice.

Criminal investigations of those who tried to overturn the election are ramping up. A grand jury in Georgia is weighing evidence against Trump for his efforts to coerce its secretary of state into falsifying election results.

Recently, the Justice Department executed search warrants related to attorney John Eastman’s plan to put forward false slates of electors to overturn the election, and Jeffrey Clark, the DOJ environmental attorney Trump planned to make acting attorney general because of his willingness to ignore the facts and echo Trump’s lies.

These investigations of the attempted coup in 2020 come at a time when plans are being laid to try the same thing in 2024. That is why it is imperative that those responsible are held accountable.

While there is much cause for concern, there are solutions. Our first recourse is the ballot box, and we must hold our elected officials accountable — whether they aided Trump’s efforts to steal the election, echoed the Big Lie, or voted to confirm activist Supreme Court justices. We need accountability for the Supreme Court, including new laws to strengthen ethics and recusal standards. We learned from the January 6th Committee that Justice Clarence Thomas’ wife, Ginni, was knee-deep in Trump’s coup attempt. Yet, not only did Justice Thomas fail to recuse himself from cases related to the insurrection but he was the lone justice who voted to deny handing critical White House records over to the January 6 committee.

Now is not the time to sit and watch how these attacks on our freedoms play out. It is time for Americans to stand at the ramparts and cast our ballots to defend our democracy.