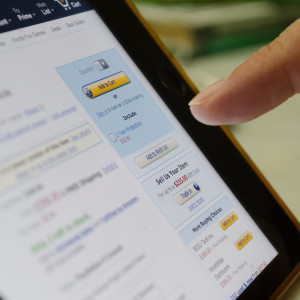 Lawmakers in Congress introduced a plan to apply sales taxes to Internet purchases, hoping this time they’ve ironed out the problems that scuttled previous attempts. They haven’t, and this attempt at grabbing e-commerce tax revenue has the same flaws as previous attempts.

During the middle and latter part of the 20th century, a series of U.S. Supreme Court rulings established the concept of a “nexus” allowing taxation of interstate transactions. Before these cases, states could not tax interstate commerce.

In the 1977 ruling Complete Auto Transit, Inc. v. Brady, the Supreme Court said states could not compel out-of-state businesses to pay sales taxes, and the court created legal tests to determine whether an out-of-state business was engaging in interstate or intrastate commerce. To qualify as intrastate commerce subject to individual state taxes, there must be a real connection between the businesses and the state, the court ruled. Simply driving through a state on the way to somewhere else, as was the issue in Complete Auto Transit v. Brady, does not sufficiently qualify as doing business in a given state.

Just like MFA, RTPA throws those principles out the window, using the intangible, stateless nature of the Internet to give every state and local government taxing authority – essentially national taxing power regardless of whether a business consumes government services there.

For example, online businesses in Alaska, which has one of the lowest sales tax rates in the nation, would be forced to pay levies to high-tax Tennessee for selling to customers in that state despite not consuming any of the Volunteer State’s government services. RTPA calculates sales taxes based on where a customer lives rather than where the business is located, so businesses in Alaska have to pay extra for the privilege of selling to Tennessee customers.

To illustrate the absurdity of this idea, imagine going shopping and being charged sales tax based on where you live, instead of where you’re shopping. Shoppers visiting from out of state would be charged different taxes when buying the same product at the same time at the same store.

RTPA would overrule the Supreme Court’s salutary “nexus” distinction and give states carte blanche to tax people who cannot vote there and hence have no say in what those tax rates will be. The nation’s founders had a phrase describing that — taxation without representation — and went to war over it.

Instead of trying to strong-arm money from online businesses that get nothing from government services, state and local lawmakers should work to streamline tax codes and content themselves with taxing the people who actually use the services for which those taxes pay.