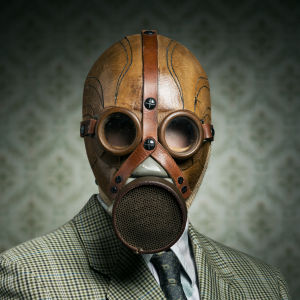 Opinion: Toxicity, Too Much of a Good Thing?

Posted to Politics May 28, 2015 by Richard Williams

In light of a recent bipartisan agreement to overhaul the Toxic Substances Control Act of 1976, remarks such as this one from Richard Denison, a senior scientist for the Environmental Defense Fund, are garnering some attention: “We now know that hundreds of chemicals have properties of concern to human health.” In fact, Denison understates the case. Since everything on earth is made up of chemicals, if we were not concerned about the level of exposure, we would have to be concerned about everything.

But the good news is, we have known since the 16th century that—according to the Swiss scientist and “the father” of toxicology Theophrastus Phillipus Auroleus Bombastus von Hohenheim, a.k.a., Paracelsus—“all things are poison and nothing is without poison; only the dose makes a thing not a poison.” For example, water is necessary for life; too little and you die. But it is also true that too much of it, too quickly, will cause your demise. Through the air we breathe, through the food we eat, and through absorption by our skin, chemicals repeatedly assault us every second of every day. If taken into our bodies too quickly, at too high a dose, these compounds would make us sick or perhaps kill us.

Our bodies can handle most of these “poisons” most of the time. In some cases, there is simply no effect, and the chemicals pass right through us. In other cases, there is what is known as a “hormetic effect.” This is an effect where a small amount of something is actually good for you. For example, we are now beginning to understand that a little bit of radiation—something that has scared us at least since World War II—can actually be beneficial. We’ve always known about the benefits of exercise, but of course, at high “doses,” exercise can cause problems. And we are beginning to find the beneficial effects of other things, such as: some chemicals and heavy metals, fasting, different types of light, and short restrictions of the blood supply and even oxygen. In fact, about one-third to one-half of everything we test has these hormetic or beneficial effects at low dose.

That’s the good news. The bad news is that regulatory agencies aren’t looking for those good effects. In fact, when using animals to test for cancer, scientists feed the animals extremely high doses and find that about one-half of everything they test causes cancer. What’s more, they do the tests in such a way that they will never discover whether these compounds might actually have beneficial effects at low doses. So the news of a revamped Toxic Substances Control Act might be good news, but it depends on what ends up in it.

First, will it recognize the limitations of animal testing at high doses? Second, will it recognize that the actual doses of chemicals that people are exposed to is what causes something to be toxic? Third, will it recognize that some chemicals are actually helpful at low doses—and ensure that we don’t eliminate or regulate away these helpful effects? Perhaps it is beyond the scope of this bill, but it is clear from the popular discourse that most people don’t understand the fundamental ways in which chemicals interact with our bodies, which are often both helpful and harmful at different levels of exposure. We certainly need more education for Congress and the public about these matters.

Just because there may be a perceived gap in the current law, that’s no reason for a new law. It’s a common misperception that if something is not regulated it is a problem. If there were evidence that common household chemicals were systematically causing us harm, then that would be a problem in need of a remedy. But without such evidence, Congress may just create a bill in search of a problem.