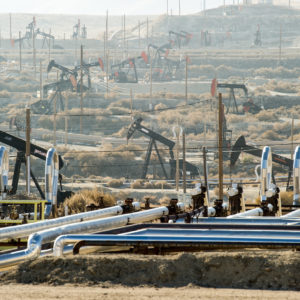 Posted to Energy May 27, 2016 by Robert Bryce and Porter Bennett

There’s no better — or bigger — illustration of the reversal of America’s energy fortunes than the Gaslog Salem, the 98,000-ton, 935-foot-long liquefied natural gas tanker that left port in Cameron Parish, La., in late April bound for Portugal.

Since February, more than half a dozen tankers loaded with domestic natural gas that’s been frozen to minus 260 degrees Fahrenheit have left American waters headed for ports in India, Brazil and the Middle East.

About a decade ago, the idea of America exporting LNG was as silly as thinking Donald Trump could be president of the United States. For instance, in 2005, Lee Raymond, who was then the CEO of Exxon Mobil, declared that “gas production has peaked in North America.”

The conventional wisdom was wrong. Thanks to the shale revolution, the United States has gone from the prospect of natural gas scarcity to real abundance. This new abundance has been a boon for American consumers, it is helping our European allies, it has helped slash domestic carbon-dioxide emissions, and it has better equipped our electric grid to handle the intermittency of renewable energy.

Despite these facts, America’s most prominent Democratic politicians and environmental groups want to end the shale revolution by prohibiting hydraulic fracturing. And they are doing so despite renewable-energy subsidies that favor wind and solar at the expense of natural gas.

The numbers tell the tale. From 2006 to 2015, domestic gas production increased by 55 percent and now stands at about 80 billion cubic feet per day. In petroleum terms, domestic gas output has grown by 5.3 million barrels of oil equivalent per day, an amount of energy greater than the combined oil output of Venezuela and Nigeria.

Therefore, over the past decade, merely the increase in domestic gas production is equal to more than five times the amount of energy now being supplied by solar and wind combined.

This abundance has led to major price declines. From 2000 to 2009, the average price of natural gas in the United States was $5.82 per million BTU. Today’s price: $2.06. Lower-cost natural gas benefits American consumers and American manufacturing. Last year, the Brookings Institution issued a report that estimated the shale-gas boom is saving American consumers about $48 billion per year.

Low-cost shale gas is disrupting the international LNG market. In December 2014, LNG going into the Asian market was selling for $12.49. Today, thanks in large part to America’s entry into the global gas market, Asian LNG is selling for about $4.24. Cheaper LNG helps America’s allies in Europe by giving them an alternative to gas from Russia, which has long had outsized influence on the European energy market.

Shale gas is cutting U.S. emissions. On May 9, the Energy Information Administration reported that since 2005, the United States has cut its carbon-dioxide emissions by about 700 million tons, that’s far more than any other country. The EIA reports that 68 percent of that reduction was caused by changes in fuel use in electricity generation and it specifically cited “the decreased use of coal and the increased use of natural gas.” The report did not mention solar or wind.

Low-cost gas has transformed our electric grid, which is now irretrievably dependent on natural gas for both baseload generation and to offset the incurable intermittency of solar and wind energy. A February report by the Joint Institute for Strategic Energy Analysis, which comprises the National Renewable Energy Laboratory and five universities, found that if the United States aims to continue cutting electricity-sector emissions, natural gas will have to play a bigger role. The report also said that “natural gas shows signs of acting as a bridge to a low-carbon future.”

Now let’s look at subsidies. At the end of 2015, the wind industry got a five-year extension of the production tax credit, which pays them $23 for each megawatt-hour of electricity they produce. A megawatt-hour contains 3.4 million Btu. That means that wind energy producers are getting an effective subsidy of $6.76 per million Btu. Thus, on an energy-equivalent basis, wind-energy producers are getting a subsidy that’s more than three times the current market price of natural gas.

These subsidies are propping up renewables at the same time that an entire cadre of politicos and activists are trying to kill the natural gas sector. Both of the Democratic contenders for the White House — Hillary Clinton and Bernie Sanders — have made it clear that they want to end the shale revolution by prohibiting hydraulic fracturing. New York Gov. Andrew Cuomo has banned the process in his state.

These politicians are being assisted by some of the country’s biggest environmental groups, including the Sierra Club, 350.org, and Natural Resources Defense Council, all of which oppose hydraulic fracturing. Dozens of environmental groups, including Food and Water Watch, are planning to stage a march at the Democratic convention in Philadelphia to press their demand for a federal ban on fracking.

These politicos and activists repeatedly claim that hydraulic fracturing is dangerous and that it will cause widespread ground water contamination. They stubbornly ignore numerous studies — including ones by the EPA, MIT and, more recently, the University of Cincinnati — that contradict that claim.

The hard truth is that a federal ban on hydraulic fracturing would be catastrophic for the American economy and a windfall for OPEC. It would, within a matter of months, result in major price increases for natural gas and oil. That, in turn, would cause dramatic price hikes on everything from electricity and home heating to gasoline and fertilizer.

It’s time to for some energy realism. The shale revolution has profoundly improved America’s energy fortunes. If opponents of hydraulic fracturing succeed in banning the process, they will have succeeded in killing a uniquely American success story that is helping consumers and the environment.

Robert Bryce is a senior fellow at the Manhattan Institute. Porter Bennett is the CEO of Ponderosa Advisors LLC.