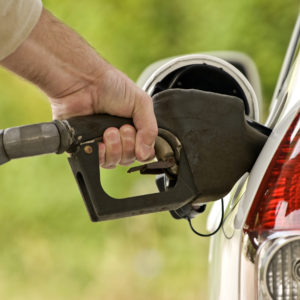 House Majority Whip Steve Scalise of Louisiana and Rep. David B. McKinley of West Virginia recently introduced a congressional resolution stating a carbon-dioxide tax would harm the economy and therefore should not be enacted. This is not the first time Scalise has proposed a resolution on carbon-dioxide taxes; he introduced a similar resolution in 2016 that overwhelmingly passed the House, garnering the support of the entire Republican caucus and joined by six Democrats.

Scalise and McKinley’s resolution is timely because a group of old-guard, “Swamp” Republicans recently joined with anti-fossil-fuel zealots to push for the creation of a carbon-dioxide tax. In addition, a number of states have already wisely rejected carbon-dioxide taxes in their most recent legislative sessions. The resolution would again put Congress on record as opposing a carbon-dioxide tax — which President Trump also opposes, lending support to the states’ rejection of carbon taxes.

The resolution states: “A carbon tax will increase energy prices, including the price of gasoline, electricity, natural gas and home heating oil; … (It) will mean that families and consumers will pay more for essentials like food, gasoline and electricity; … (The carbon tax) will fall hardest on the poor, the elderly, and those on fixed incomes; … (and) will lead to more jobs and businesses moving overseas.”

Scalise and McKinley issued a news release on the context and consequences of a carbon-dioxide tax after the proposal’s release. In the release, Scalise said:  “Working with President Trump, this Congress is leading America toward energy dominance and strong economic growth, yet some liberal Washington special interests continue to pursue a radical agenda that includes imposing a job-killing carbon tax, which would raise costs on everything we buy from electricity and gasoline to food and everyday household products. I applaud President Trump for reversing eight years of failed energy policy, and finally putting America on a strong path to energy dominance and economic security for all Americans.”

McKinley added: “At a time when America has finally turned the corner and our economy is growing, the last thing we need is a tax that will take money out of the pockets of middle-class families. A carbon tax would lead to a decrease in the production of America’s abundant energy resources that would result in lost jobs, a weakening of American competitiveness globally, and a significant increase in energy costs for middle- and low-income families.”

A group of 29 research institutes, legal foundations and grassroots activist groups, including The Heartland Institute, submitted a letter to Congress expressing support for the anti-carbon-dioxide tax resolution on April 26. The letter noted multiple independent analyses found a carbon-dioxide tax would eliminate jobs, reduce economic growth, and raise prices for almost all consumer goods.

For instance, the signatories wrote, “A 2014 Heritage Foundation report found that a $37 per ton carbon tax would lead to a loss of more than $2.5 trillion in aggregate gross domestic product by 2030 … (or) more than $21,000 in income loss per family. In addition, a carbon tax would cost over 500,000 jobs in manufacturing and more than1 million jobs by 2030. According to a 2013 CBO report, a carbon tax is highly regressive.”

A carbon-dioxide tax would do nothing to prevent global climate change, even if human carbon-dioxide emissions are a factor. However, this draconian tax could actually increase pollution and decrease the living standard. Why? Because carbon-dioxide taxes would incentivize companies to relocate overseas, killing American jobs. Since possible relocation sites, such as China and India, have more lax pollution regulations, business operations that leave America’s shores will inevitably increase pollution on a global scale. Additionally, higher prices and fewer jobs will harm all Americans.

Instead of increasing taxes, policymakers ought to create an economic environment that would cultivate innovation, increase jobs, and drive competition. Scalise and McKinley’s resolution is a step in the right direction. It is hoped their proposal will convince Americans that a carbon-dioxide tax would, contrary to tax proponents’ claims, perpetuate climate change and reduce quality of life.