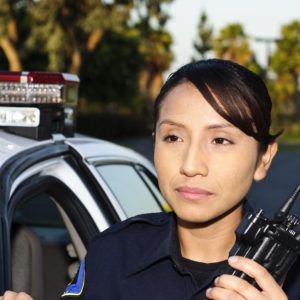 Our Police Departments Need Help. This is One Way.

The department secretary came running down the hall. “Dr. Pawlicki, Dr. Pawlick, a medical resident and a patient are screaming at each other. I’m afraid it’s going to get violent.” I jumped up and followed her to the locked psychiatric ward on the same floor of our offices at the West Virginia University Medical Center. Two large men, facing off, ready to strike, a highly educated professional and a psychiatric patient, both on the verge of bloodshed.

“Jimmy,” I said, as calmly as I could, directing my attention to the patient. “You really seem angry.” “You’re damned right, I’m angry. This blankety, blank idiot won’t let me use the telephone.” In the face of supervisory staff, the medical resident stepped back and allowed his blood pressure to lower. At the same time, I carefully listened to the patient’s words before hearing what upset the medical resident. Calmly hearing both parties express their position was enough to avert fisticuffs.

This memory came to mind recently while reading a newspaper report that the Albuquerque, New Mexico police force was implementing, “A bold experiment that aims to take police out of the equation for mental health calls.” It turns out Albuquerque is not alone. Orlando, Florida, Eugene, Oregon, New York City, Los Angeles, San Francisco, and Washington, D.C have all established or are developing similar programs. Responsibility is being redirected from police officers to mental health personnel who are more extensively educated in dealing with the mentally ill. It makes sense. Even in the most progressive police departments, officers receive a few weeks of training to handle these most challenging situations. Not nearly adequate.

My experience, cited above, is small-time compared with what needs to be done in the real world. A paranoid schizophrenic, perhaps naked, both terrified and threatening, along with bystanders, presents a chaotic situation that warrants specialists.

These mental health teams can not only deal with seriously mentally ill citizens but also with substance abuse and homeless issues otherwise handled by armed officers.

Another example of specialized soft skills effectively used in an otherwise violent situation is told in a book currently on the best sellers list, Sons and Soldiers: The Untold Story of the Jews Who Escaped the Nazis and Returned with the U.S. Army to Fight Hitler by Bruce Henderson. Soon after American forces were shipped to the European theatre in the early days of WWII, military higher-ups realized they needed a different approach in gaining valuable information from newly-captured German POWs. Threats weren’t working.

The military was aware of many newly naturalized German American Jews who were eager to do their part in defeating the Nazi monster. The men were trained to become special interrogators. They spoke German with no accent, knew the German culture they had grown up in, and could interrogate through bonding and gaining the trust of captured German soldiers at the front lines, often delivering decisive information that turned the tide of battle in the in Allies’ favor.

The naturalized German-born Jews, named the Ritchie Boys for where they trained, ultimately numbered nearly 2,000 and were sent in elite teams to join every combat unit in Europe. A postwar army report stated it found more than “60 percent of the credible intelligence that saved American lives came from the Ritchie Boys.”

The Richie Boys highlight the importance of getting the right personnel to match the problem. Police who are not trained mental illness specialists are not the right people to confront a mentally ill person in distress.

This option both treats mentally ill people more safely and humanly and reduces the load on overburdened police departments — definitely a win-win situation.