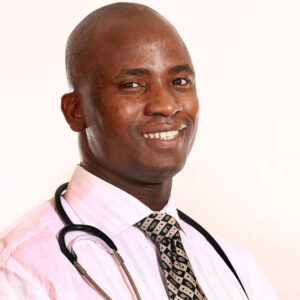 Out of a Pandemic Grows Medical Applicants

Black History Month traditionally has been about remembering and honoring previously overlooked pioneers of color from generations past. Well, it’s time to update that February format.

During these pandemic times, the nation has experienced an increase overall in medical-school applicants, a dynamic some observers attribute to the popularity of the influential Dr. Anthony Fauci, the United States’ top infectious disease expert.

Because of the “Fauci Effect,” coronavirus, and the social justice movement, another ambitious lot is trying to make history right now.

As coronavirus has ravaged many black and Hispanic communities in the nation, and because of black folk’s historic distrust of medical experiments and vaccines, we have seen an awakening.

According to NBC News, black students are applying to medical schools at higher rates. Texas Tech, for example, has experienced a startling 39.8 percent increase in black student applications; for Hispanics, it’s up 21.1 percent.

Howard University, which produces more undergraduate black applicants to U.S. medical schools than any college in the country, has seen a 28 percent jump in applications to its own medical school.

Howard, a historically black college and university (HBCU) in Washington D.C., is at the forefront of what may be the makings of a renaissance in medicine. Howard President Dr. Wayne A.I. Frederick told NBC, “I think it’s a turning point. We have a crisis in our country and maybe this pandemic created the opportunity for us to change that trend.”

And change the usual narrative in portrayals.

We notice that when we see young black Americans portrayed in newspapers, television, or digital publications, the scenes are usually from sports, entertainment, or crime. Three and out.

Perhaps, as Dr. Frederick alluded, there will be a transformation in priorities. Maia Brown, a young black woman eyeing a career as a pediatrician because of health-care disparities, told NBC: “I think for a lot of us, we feel like it really is a do-or-die type of situation, literally.”

David J. Skorton, president and CEO of the AAMC, said in a statement. “Our goal is to keep increasing the number of students from underrepresented groups until they are no longer underrepresented in medicine.”

Only five percent of the nation’s physicians are black.

As the number of black medical school applicants ascends, perhaps the graduates can help assuage some of the ill feelings lingering from past debacles, such as the infamous Tuskegee Syphilis Experiment.

For 40 years, that dehumanizing Tuskegee Incident was a federal-government conspiracy that essentially deployed bait-and-switch tactics. Beginning during the legally segregated era of the early 1930s in the South, many black male sharecroppers were lured to Tuskegee, Ala., thinking they would be treated for so-called “bad blood.” Unbeknownst to them, they instead were human guinea pigs as scientists used their bodies to study the long-term effects of syphilis — without receiving any pertinent medical care, such as penicillin.

In reality, the black men were essentially pawns in the secretive “Tuskegee Study of Untreated Syphilis in the Negro Male,” sponsored by the U.S. Public Health Service.

Note that then-President Bill Clinton publicly apologized in ‘97 to the Tuskegee survivors and their families in a ceremony at the White House while a $9-million-settlement was reached for them as part of a reparations project in 1974.

However, the memories of this ugly segment in American history haven’t been erased for many black folk. And the black nationalist group Nation of Islam hasn’t helped matters by proclaiming to its members in an online presentation titled “Beyond Tuskegee: Why Black People Must Not Take The Experimental COVID-19 Vaccine.”

Dr. Chapman earlier spoke of “confidence” for black patients. That aspect cannot be overstated as the coronavirus has been especially devastating in communities of color.

But, on the bright side, Dr. Skorton added in his futuristic statement, “The increased interest in medicine comes at a crucial moment. Even before COVID-19, the United States was facing a significant projected shortage of physicians.”

During this current Black History Month, the future is now.