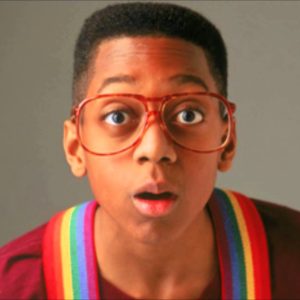 Out of the Mouths of Babes …

We are most reticent today to invoke the medieval proverb “Children should be seen and not heard” in our adult conversation. It has been a slow, but dramatic, evolution of children as interlocutors.

Letting children chime in on a conversation can be charming as evidenced by a range of character groups shown in our popular entertainment. For example, we can see the conversational liberties youth took in the highbrow families of the spunky Jane and Michael Banks (“Mary Poppins”), and the insight the von Trapp children (“The Sound of Music”) gave to the Captain on his personal issues, or the annoying, but still cute, “Dennis the Menace,” who broke all barriers when speaking to adults.

Americans, no doubt, love their youth. But it seems that the gap between the privileges afforded to our youth during healthy formation (social, educational and moral) and the responsibilities expected in young adulthood has been closing, if not eclipsed. Add to this the many parents, and those who influence our youth, taking pride in “training the next generation of activists.” Consequently, our Generation Next, which for now is known as the Z generation, is all about the Resist …

It’s hard not to be impressed with high school student leaders who have mobilized their friends to take it to the streets on salient social, political, public and organizational policy issues. However, if it is acceptable for the not-yet adults to express feelings, blurt out opinions, or espouse moral outrage in the public sphere, then they need to accept the responsibility of getting to an informed opinion; and they should be prepared for strong rebuttals.

A child’s sense of what is right or wrong can form at a remarkably young age. I recall being at a playground one early Sunday morning with my grandson when he found a small toy train on the ground. He looked up at me, barely able to say a few words at his young age, and said “Not mine!” But his eyes told me he was thinking “I wonder if I can keep this?” Executing justice is more complicated than having a good sense of what is just.

The public and organizational policies today are so complex that even those whom we trust to do this for a living are struggling. Working in a classroom with teachers on case studies, brainstorming, simulation and role playing around controversial issues of the day should be encouraged. But when students push their opinions, and often feelings, into the public sphere, even if their status is elevated by adults, they are not excused from their now emancipated knowledge-role responsibilities.

For example, claiming to march for social justice without an intellectual foundation of what is justice is naive. Wanting to stamp out wording in our Constitution, without understanding the letter of the law, and most important the spirit in which it was written, is being ignorant. Demonizing those who don’t agree with one’s bold and new policies is not civil discourse. Wanting to get rid of a leader of a school or company without a sense of due process, or demanding that a favorite teacher be rehired without appreciating dereliction of duty in the workplace just makes these unpleasant situations worse.

Today’s youth understandably are frustrated with the many adults acting in the public sphere of influence with their ad hominem arguments, school yard due process and lack of statesmanship. And these bad acts are fanned by social media and traditional media needing to fill the 24/7 “news alerts.”

Asking students to study philosophy, civics, law and management is a heavy lift for sure, before giving them tacit approval to burn down the mission. But to take an expeditious route to allow our youth to influence public policymaking before their adequate understanding of an issue and the policymaking process is not in the public’s interest. To understand why, a good start is to make sure our youth have at least read “Lord of the Flies.”