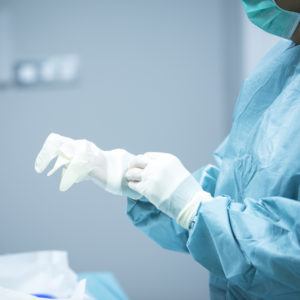 Passion, persuasion and serendipity are vital elements of technological innovation. We see all three in a decision-support software system, St. John Sepsis Agent (SJSA), produced and given free-of-charge to hospitals by Cerner — a global giant in healthcare technology.

Sepsis is a terrifying aspect of hospitalization. Ferociously contagious and fiercely antibiotic-resistant, these pathogen-borne infections can rapidly kill patients.

Hospital-acquired infections like methicillin resistant staphylococcus aureus add billions of dollars to America’s healthcare bill and kill tens of thousands of patients annually. Academic studies tell the story in statistics: Approximately half of in-hospital deaths are associated with sepsis. The incidence of severe sepsis is estimated at 824 patients per 10,000 hospitalizations (and rising). Per-patient cost is approximately $28,000 in 2014 dollars.

Sepsis is mostly preventable. It spreads through improper garbage disposal, through failure of providers and visitors to wear protective gloves and robes, and through inadequate sterilization techniques before, during and after contact with patients. Usually, treatment is possible via powerful antibiotics.

Passion drove Cerner CEO and chairman of the board Neal Patterson to find a technological solution to detect and monitor sepsis. One Friday afternoon, his sister-in-law Linda visited her rural doctor with flulike symptoms. By Sunday night, she was dead of septic shock. As Linda moved from primary care to critical-access rural hospital to big-city emergency department to intensive-care unit, care teams produced fragments of information that could have saved her life. But with imperfect handoffs between multiple providers, the data that could have saved her never coalesced.

Cerner measured SJSA’s impact. Prior to the implementation at select Cerner client sites, the system detected that around 15 percent of hospitalized patients faced risk of sepsis; three in four cases were detected several hours before providers placed orders for diagnostics or interventions. Post-implementation results showed a similar proportion of patients detected by SJSA. But now, an astonishing 97 percent were screened and risk-stratified by providers at the bedside, with the vast majority of assessments completed within one hour of alert notification. Risk-adjusted estimates showed the system reduced mortality risk by 30 percent during the sepsis program’s inaugural year.

Persuasion is an essential element of technology diffusion. The existence of a tool doesn’t guarantee its use — and this is an old problem. Candice Millard’s 2012 book “Destiny of the Republic” chronicles the assassination of President James A. Garfield. Garfield’s bullet wounds were relatively harmless, but 11 weeks of doctors poking and probing with unsterilized fingers and instruments killed him. (Millard’s description of the symptoms and progression of sepsis is harrowing.)

Similarly, a challenge with SJSA was getting hospitals to use it. Cerner recognized this challenge and determined that cloud-based technology was the best way to deploy the system. This way, Cerner could centrally monitor hospitals on a national scale, thus obviating separate, resource-intensive implementation at each site. Currently, 570 U.S. hospitals have implemented SJSA, with additional initiatives ongoing in seven countries. To encourage broad adoption, Cerner provides SJSA at no license fee to all its clients.

Finally, a curious afternote shows serendipity’s role in innovation. Remarkably, the same data and intelligence platform that enabled SJSA to flag the presence of pathogens can also flag the onset of mental health issues. Cerner leveraged the platform and experience to develop many additional predictive models, including the ability to identify the presence of post-traumatic stress disorder and likelihood of suicide.

21st-century medicine’s greatest challenge may lie in unleashing the dynamics that made the SJSA story possible.