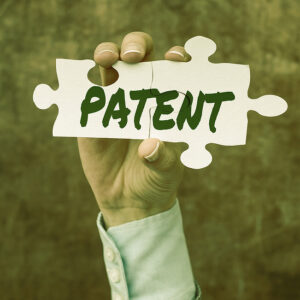 Starting and growing a business is challenging, even in the best of times. But these are not the best of times, and Congress could soon make it even harder for small businesses to compete and grow.

A new bill from senators Patrick Leahy, D-Vt., Thom Tillis, R-N.C., and John Cornyn, R-Texas, is gaining momentum — and if it passes, big corporations will find it easier to pilfer their smaller competitors’ patented ideas and designs. The “Patent Trial and Appeal Board Reform Act of 2022,” as the bill is called, could snuff out many small firms — and much of the innovation — that power America’s economy.

Of course, patents and other intellectual property protections are essential to the modern American economy. They give inventors the exclusive right to make, market or sell an invention — whether it’s a new and more powerful computer chip, a lifesaving medical device or a more fuel-efficient engine — for a limited period. If a rival company tries to copy that design while an invention is still protected by a patent, the inventor can sue for infringement. Without such protections, few inventors would have the motivation and incentive — or the funding — to pour their creative energies into developing new products and services that make our lives easier and better.

Congress created the Patent Trial and Appeal Board in 2011 with the best intentions. Its aim? To create a suitable, cost-effective alternative to the court system for parties to settle patent disputes.

But bad actors quickly twisted this system into a platform to challenge — and ultimately invalidate — their competitors’ patents. Corporate behemoths sometimes infringe on their smaller competitors’ patents. When those competitors sue in District Court on patent infringement claims, larger companies turn around and challenge the very existence of these asserted patents at the PTAB. This forces small firms to fight a war on two fronts to defend their intellectual property.

This strategy has worked remarkably well and to the detriment of many small firms. In the decade since it was founded, the PTAB has at least partly invalidated 84 percent of the patents it has fully reviewed. Many of those patents belonged to small-business owners, inventors and entrepreneurs.

To remedy this problem, the U.S. Patent and Trademark Office implemented what it calls the Fintiv factors, a set of guidelines established after its 2020 Apple v. Fintiv decision that allows the PTAB to decline to review a patent challenge if the patent in question is already the focus of a patent infringement case moving in federal court.

Fortunately for small businesses, the Fintiv factors curtailed predatory tactics by larger companies. Soon after Fintiv was first enforced, the number of patent challenges heard by the PTAB fell by 40 percent. And a California judge recently upheld the legality of the Fintiv factors in a lawsuit filed by some of our nation’s most powerful tech companies — including Apple, Cisco, Google and Intel.

Now, senators Tillis, Leahy and Cornyn are moving forward with legislation that will hurt small inventors. Their PTAB Reform Act would effectively invalidate the Fintiv factors, stripping protections away from small businesses and subjecting them to years of legal proceedings at the hands of well-funded rivals.

Few small businesses will have the financial backing to survive parallel legal storms — and the consequences on innovation and entrepreneurship will be disastrous.

This isn’t an isolated incident. Other large technology companies have recently been found liable for infringing on smaller companies’ intellectual property. But for these deep-pocketed corporate giants, a loss in court isn’t the end of the road if they can nullify their competitors’ patents at the PTAB.

If the PTAB Reform Act is codified into law, the Patent and Trademark Office could be powerless to check these repeated challenges. And without strong intellectual-property protections, many new businesses would fail to launch. As every entrepreneur knows, building a business is a high-risk endeavor. By licensing proprietary technologies, business owners reduce risk and attract investors with the promise of exclusive rights to sell a successful product.

It’s encouraging to see lawmakers making patent-system reform a priority. But the model that senators Leahy, Tillis and Cornyn propose will send unintended shockwaves through our nation’s most innovative sector. Small businesses account for six out of 10 jobs in America. That’s something lawmakers would do well to remember when, and if, the misguided PTAB Reform Act comes to a vote.