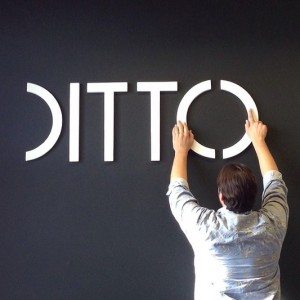 Patent Trolls: The Hidden Tax on Your Internet

Patent trolls are one of the greatest obstacles to emerging innovation and future economic growth. Experts and business leaders are concerned about the growing problem, the real-world consequences, and want something done about it.

Patent trolls harm virtually every sector of American industry and cost the economy $80 billion each year. Patent troll victims understand that patent reform legislation must, without a shadow of a doubt or potential legal loophole, eliminate troll extortion tactics.

And it is not just Internet, startups, or big corporations being targeted.  Small non-tech companies are often forced to settle and pay a licensing fee, rather than face the prospect of spending millions on years of litigation.  Litigation and licensing fees drain resources each year from job creators who cannot use that money to invest, innovate and hire more workers.

Take for example Ditto.com, an e-commerce startup launched in 2012 for designer glasses and sunglasses, where a customer may virtually try on glasses in 3-D using a computer’s webcam. Ditto faced two patent troll suits, devastating the company’s reinvestment capital, costing hundreds of thousands of dollars in legal expenses, and causing job and productivity losses. They launched an IndieGogo campaign to help fund their legal efforts and hire attorneys. Since they have been sued, Ditto had to cut their marketing dollars down to zero, lay-off employees, and reduce salaries.

This is the story of just one American company; there are countless others.  Consider the economic consequences that are inevitably being passed on to consumers, and multiply that by the thousands of companies being threatened by patent trolls.

Patent trolls themselves have nothing to lose in their legal adventures.  They have few assets, other than a portfolio of questionable patents, and they do not produce an actual product.  Their sole purpose is to file lawsuits against innocent inventors and entrepreneurs.  All of this frivolous litigation adds up, and it amounts to a hidden tax, as costs are passed on to consumers, making the latest app, gadget or innovation more expensive.

According to one estimate, trolls have cost the U.S. economy half a trillion dollars in the last 20 years, with an alarming $320 billion of that economic loss occurring in just the last four years. In addition, a majority of companies targeted by trolls have annual revenues of less than $10 million.

Every day the situation gets worse, and that’s why it’s critical for the Senate to build on the bipartisan Innovation Act passed by the House and pass an even stronger patent reform bill this year.

Tomorrow, the Senate Judiciary Committee is expected to consider patent reform legislation.  We believe any meaningful response to the patent troll epidemic must attack the business model that allows trolls to use flawed patents to pursue nuisance-value settlements by ratcheting up litigation costs while facing no responsibility or risk. This means legal provisions such as fee shifting, to offer real deterrence for baseless claims of infringement, early resolution of claim construction, and discovery cost shifting must all be on the table.

We can and must end this rampant abuse of the patent system. The Internet is fighting back against these digital extortionists.  We have launched a new campaign, Stop Bad Patents, to shine a light on the most outrageous examples of patent trolls run amok. Together, we can put patent trolls out of business for good and see more and better innovations, products and services come to market at lower prices. Contact your representative and tell them to end patent abuse. Click here for a list of Senators sitting on the Senate Judiciary Committee and their Twitter handles. By engaging with Congress, you can help send a message to end the frivolous litigation and the hidden tax on your Internet.

Michael Beckerman is the President and CEO of The Internet Association, a Washington D.C. based trade association representing the leading global Internet companies. Prior to his appointment as CEO, Beckerman served 12 years as a top congressional staff member, serving as the Deputy Staff Director and chief policy advisor to the Chairman of the U.S. House Committee on Energy and Commerce, which oversees America’s Internet policies. Beckerman is the go-to source for updates on the Internet industry’s movements in Washington. He was recently named “Tech Titan” by The Washingtonian. He is regularly cited as an authority by major daily newspapers and industry publications, and has appeared as a guest on multiple national radio and television networks to offer the internet industry’s perspective.