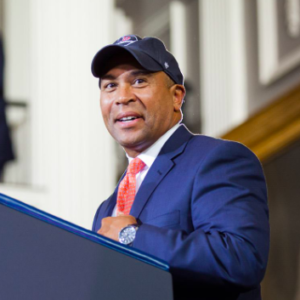 In a Facebook post Thursday morning, two-term Massachusetts governor Deval Patrick made it official: He will not be running for president in 2020.

“After a lot of conversation, reflection and prayer, I’ve decided that a 2020 campaign for president is not for me. I’ve been overwhelmed by advice and encouragement from people from all over the country, known and unknown,” Patrick wrote.  “But knowing that the cruelty of our elections process would ultimately splash back on people whom Diane and I love, but who hadn’t signed up for the journey, was more than I could ask.”

In doing so, Patrick confirmed the suspicions of Massachusetts politicos who questioned whether the famously thin-skinned governor was prepared for the rough-and-tumble of a national campaign–particularly one that might involve taking on the Heckler-In-Chief, Donald Trump. During his time as governor, Patrick was known for angry outbursts over relatively mild media criticism and personal animosity against members of the press.

As Jon Keller, the well-respected political reporter at Boston’s CBS affiliate put it in 2012:  “Deval Patrick has a lot of attributes, but thick skin is not one of them.”

Director of the Suffolk University Political Research Center David Paleologos tells InsideSources that Patrick was “one of ten strong Democrats who had a path to score Democratic Primary victories in the three early states and to ultimately take on President Trump.”  According to Paleologos, the immediate beneficiaries of his decision are his fellow New Englanders  Elizabeth Warren and Bernie Sanders, and African-American candidates, “especially Cory Booker.”

In his Facebook statement, Patrick said he believes “Democrats have a clear chance not just to win [people’s] votes but to win their respect and earn their help by showing up everywhere, engaging everyone, and making our case.”

“America feels more ready than usual for big answers to our big challenges. That’s an exciting moment that I hope we don’t miss. I hope to help in whatever way I can. It just won’t be as a candidate for president,” Patrick said.