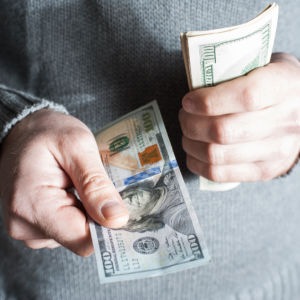 Environmental groups backed by wealthy liberal donors are funding attorneys inside state agencies to promote legal action on climate issues, according to records obtained through Freedom of Information Act requests. These documents show that for years, billionaires paid for attorneys inside government to promote personal environmental agenda using the offices of state attorneys general, even going as far as to use non-profit groups to cover their tracks.

“It represents private interests commandeering the state’s police powers to target opponents of their policy agenda and to hijack the justice system as a way to overturn the democratic process’s rejection of a political agenda,” Competitive Enterprise Institute (CEI) Senior Fellow Christopher Horner, who described the emails as laying out a “law-enforcement-for-hire” scheme.

He noted that the offices specifically had to promise that the attorneys would be used for work that “would not get done but for this private funding.” These privately-funded prosecutors played essential roles in many of the major environmentalist lawsuits filed over the past several years.

Because these lawyers are paid by third-parties, state legislatures do not have oversight on how the resources are used. In several instances, a non-profit group acted as a “go-between” to allow donors to provide public officials with money they otherwise could not legally donate.

Not only are private donors placing hand-picked lawyers in state offices, some of these lawyers also serve to gain financially if they are successful in court. The details of the New York state attorney general’s office’s acceptance of two environmental lawyers funded by Michael Bloomberg “shows that one objective is to provide personnel to its effort to extract financial settlements from those opponents.” The report notes that recent practice shows that any settlement monies might very well be distributed to political constituencies.

Beginning in mid-2015, “activist pressure groups” were working in coordination with donors to serve as backroom strategists and partners for state attorneys general.” But by 2017, after the election of President Trump and a shift in federal energy and environmental policy,  the informal arrangement expanded into a much more direct approach, in which private individuals–most notably Michael Bloomberg–funded special assistance attorneys general.  Emails obtained via the FOIA request show staff from various state attorneys general offices exchanging digital slides, budget worksheets, and other planning documents detailing a campaign to advance donors’ progressive climate agenda.

This network is expanding beyond New York and California. The Democratic nominee for state attorney general in Florida, Sean Shaw, has been outspoken about the power he sees in the AG’s office, telling one reporter that, “you can just sue and go after people,” without committee oversight or “needing to go up the flagpole.”

CEI’s report primarily focuses on the cozy relationship in New York between Bloomberg’s money, NYU’s law school and the state’s attorney general’s office. However, New York is one of six states, which, along with the District of Columbia, were awarded these fellows. Requests by other groups, including Power the Future, for information about the application process and the terms of their postings have been stonewalled.  And at least one state legislature, Oregon, is raising questions about the legality of these issues. According to a letter from Dexter Johnson, the state’s Legislative Counsel, this outside payment arrangement may violate Oregon state law.

Perhaps this is why the attorneys general are trying to keep their communications secret. Correspondence revealed only after fierce legal fights under open records laws by CEI show that the offices discussed trying to hide their coordination through a purported “Common Interest Agreement” in the spring of 2016.

These agreements are used to protect discussions among parties having a common interest in a legal proceeding. However, at the time the offices invoked this privilege, no such Common Interest Agreement was in place.