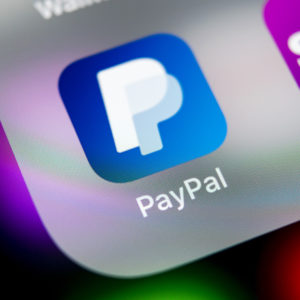 PayPal, Tech Companies Have the Right to Free Association

Alex Jones, the controversial right-wing conspiracy theorist, filed a lawsuit on behalf of his holdings company against PayPal. Jones’ suit is a result of PayPal’s business decision to cancel merchant accounts for his Infowars web store.

PayPal’s decision, according to a corporate statement, was a response to “hate and discriminatory intolerance against certain communities and religions,” perpetrated by Jones and his media properties.

Simply put, PayPal is establishing an institutional standard within its corporate culture and core values in which it seeks to align. Jones, among other figures who have been deplatformed on the grounds of discriminatory political messaging, thus face a multifaceted predicament.

According to the suit brought by Jones and his counsel, PayPal’s actions, in this case, are a violation of the First Amendment. Not to mention, the suit claims discrimination under the California Unruh Civil Rights Act, unfair business practices, monopolization of a particular market segment, and failure to act in good faith on the part of PayPal and the company’s working relationship with Jones and his properties.

The sentiment that eludes the suit, based on a sampling of legal experts, is a recognition of PayPal’s right to regulate usage of its platform.

If you apply the principal protections of the Communications Decency Act, Section 230, under settled federal positive law, PayPal, as an interactive computer service broadly defined under this statute, can pursue “any action voluntarily taken in good faith to restrict access to or availability of material that the provider or user considers to be obscene, lewd, lascivious, filthy, excessively violent, harassing, or otherwise objectionable, whether or not such material is constitutionally protected.” Berin Szoka of TechFreedom, a tech policy think tank, believes that this standard merits dismissal of this case.

“I’ve read the complaint,” he said. “This will be tossed out on 230 grounds easily.”

Szoka also added that this case could be used as a means, among others, to lobby the right-wing Congress to repeal or amend the current version of Section 230.

This lawsuit also coincides with the Trump administration’s position on potentially using antitrust measures as a means to regulate tech companies. For one, Justice Department officials announced in September that tech companies could violate users’ First Amendment rights for perceived bias against politically conservative viewpoints. Jones ultimately claims this in his suit.

However, CDA Section 230 maintains no standard of required neutrality.

Elliot Harmon of the Electronic Frontier Foundation wrote: “Online platforms are within their First Amendment rights to moderate their online platforms however they like, and they’re additionally shielded by Section 230 for many types of liability for their users’ speech. It’s not one or the other. It’s both.”

Under this standard, PayPal has the license to cease doing business with Jones. To that point, the claims that tech companies taking stances against particular political messages violates an individual’s constitutional rights to free expression directly conflicts with traditional conceptions of the First Amendment. The right to free speech, free practice of faith, a free press and freedom of association are rights established to protect citizens from government censorship and oppression. In no capacity is an individual like Jones facing government oppression if his company’s merchant accounts on PayPal are closed.

PayPal could have taken a less controversial route as Twitter attempted to do; however, the company remains well within its rights. Free-market theory promotes free association between private individuals and companies. Bringing a case such as this to the courts could potentially present an environment for corporations also to lose their freedom of expression. In this case, PayPal is exercising its right to free association and free speech.

Moreover, since PayPal maintains the intellectual ownership of the platform in question, it ultimately has the final say on who can and cannot use it. Attempting to force the government’s hand in scenarios such as these is counterintuitive and detracts from the concerns of actual government censorship and real violations of free expression.